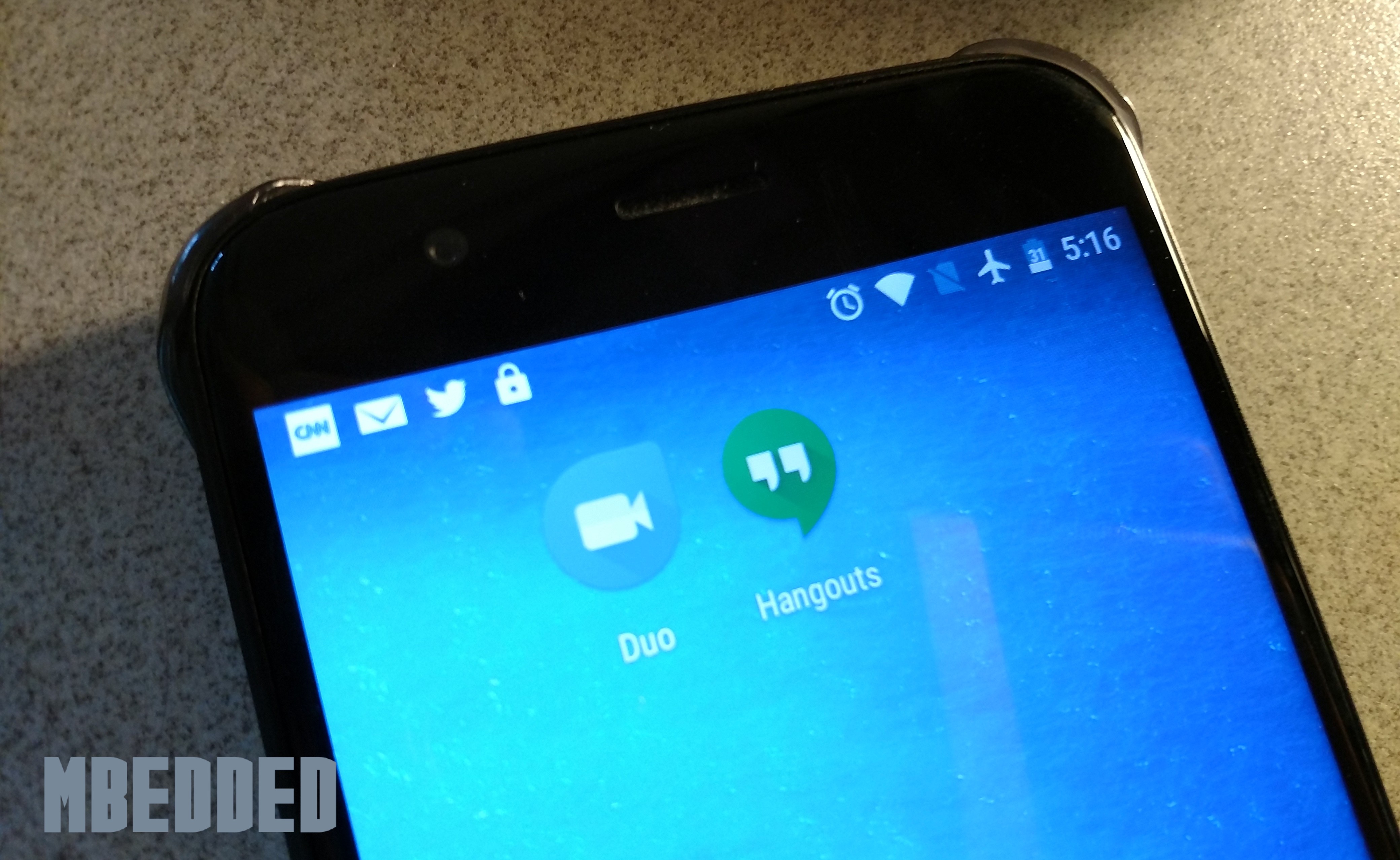 A new report by Android Police has shed some light on what the future of Google’s messaging and video calling platform Hangouts bestows. And right now, it doesn’t look too good. In the article, an acclaimed email sent to Google Mobile Services partners states that starting December 1st, the company will make Hangouts an “optional” element of the GMS package companies are required to load onto their smartphones. This by no means Hangouts is dead, but it does indicate that the app is decreasing in importance to both users and manufacturers.

Here’s a snippet from this leaked email which also claims that Google Duo will take the place of Hangouts in the required apps field:

Today, we are announcing that Google Duo will replace Hangouts within the suite of core GMS apps, and Hangouts will become GMS Optional for telephony products. This change will take effect on December 1, 2016.

Basically, Google is saying that on December 1st, Hangouts won’t be required to ship on every new Android device. However, Duo will. The reason? It’s likely that Google wants to increase the number of people who use their FaceTime competitor, and to some extent, this makes sense. Duo already has the attention of the public thanks to various TV commercials and ads all over the internet, so why not have it pre-installed on everyone’s devices to see if people will use it?

Now, of course, since many of you probably use Hangouts to text your friends, you may think to yourself, “Wait. Why don’t they replace Hangouts with Allo?” And the answer? Well, at this time, Allo is still v1.0 and isn’t really capable of doing everything Google touts it can. You know, at least for now. Of course, over time this app will develop into something that may or may not pry every user of other third-party messaging solutions away and drag them to Google’s platform. However, only time will tell if this can be true or not. Therefore, I believe this is the reason why Google will bundle Android phones with Duo and not Allo.

In case you’re wondering, Hangouts may still come preloaded on your phone as it’s up to the company to decide whether you get it pre-installed or not. In addition, those of you who don’t get Hangouts preinstalled will still be able to get it for free from the Play Store.

What’s your feelings on this possible change?