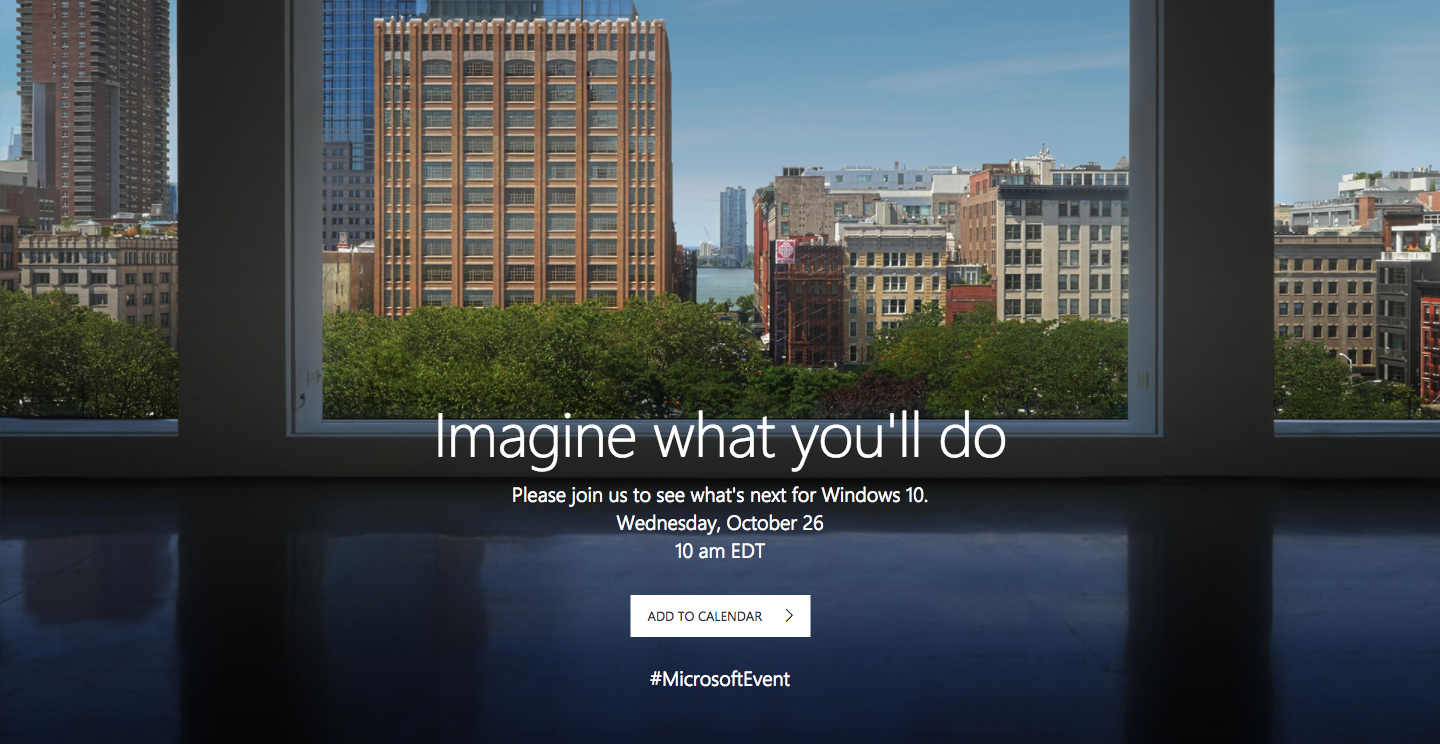 Via an official webpage, Microsoft has announced they’ll be holding an event scheduled for October 26th at 10AM ET/7AM PT. Not much is given away about the keynote by ways of press invites and this webpage alone, but we do know they’ll talk about Windows 10 at least a little (too obvious?).

Also expected at this event are some announcements about updates to the Xbox (but nothing huge) alongside a Surface-branded keyboard and mouse. The latter products have the greatest chance of making an appearance on stage out of the three as they’ve been the most rumored as of late. Therefore, I’d expect these peripherals to make their initial appearance at this keynote if nothing else does.

Some rumors about upcoming hardware from Microsoft indicate a Surface-branded all-in-one PC which would pair with the keyboard and mouse mentioned above. In addition, sources close to The Verge claim that a Surface Pro 5 or Book 2 won’t be appearing at this year’s event, however hardware from other OEMs will be shown off.