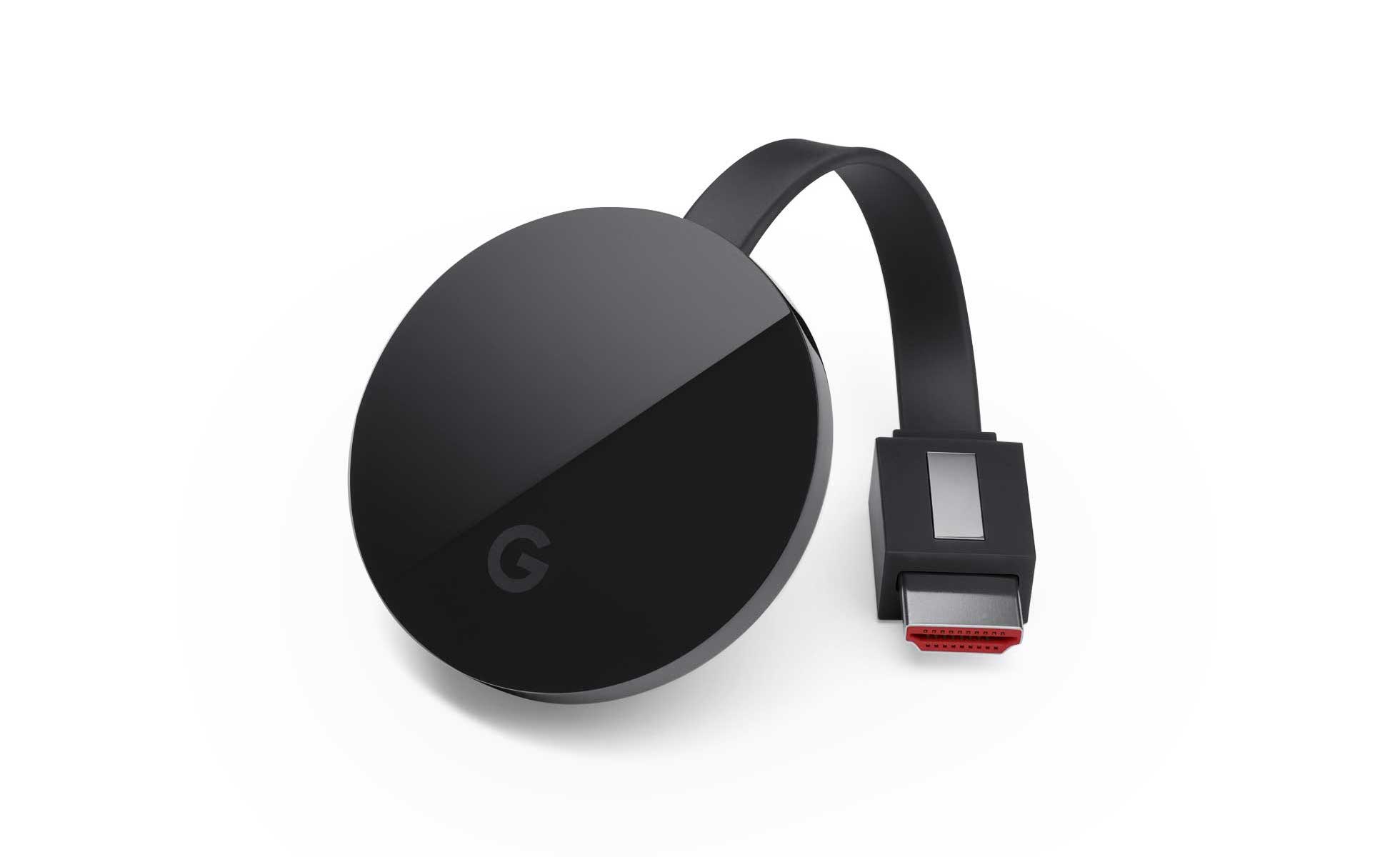 Today at their event, Google unveiled their latest Chromecast they call the Chromecast Ultra. This model bears resemblance to last year’s redesigned Chromecast lineup that’s basically a puck with an HDMI cable attached to it. This year’s model is slightly different with the removal of the Chrome logo, addition of the Google “G” logo, and a glossy, reflective black finish.

The same small profile is present for the Ultra so you won’t notice it behind your television or wherever you decide to stick it, while a dedicated ethernet jack comes built into the new Chromecast to deliver faster internet speeds since internet access would be over a wire and not over Wi-Fi which can get pretty rocky sometimes. But really, the Ultra isn’t about what it looks like or how fast the internet can get. It’s about how fast it is now and what kind of picture can be outputted.

Inside the new Chromecast Ultra is a faster processor for improved performance, 4K video output with deeper, richer colors thanks to HDR and Dolby Vision, and full Google Home support. The reason for that third option appearing here is due to Google integrating Chromecast support into the Google Assistant which, by the way, is powered by the Google Home. You can read more about this here.

Currently, preorders for the new Chromecast Ultra aren’t live yet. However, you can join the waitlist for the device in order to be notified when you can place an order. November is the expected shipping date for the Ultra, while $69 will be the cost of the device. The Google Store, Best Buy, Target, and Walmart in the U.S. will all carry this Chromecast when it launches.