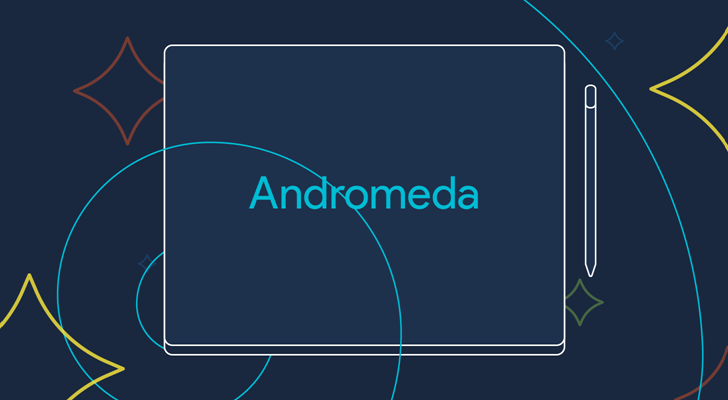 Update: 9to5Google has also released a report today in which multiple sources claim that both an Andromeda-powered laptop and Nexus tablet will be released by Google. An exact time-table for the latter isn’t present, however it is said that this tablet may or may not carry Nexus branding and feature specs similar to those leaked by Evan Blass via Twitter. You can read 9to5Google’s full report here.

A new report by Android Police claims that two “independent and reliable sources” have confirmed to them that Google is working on a new ultra-thin laptop they’ll debut in Q3 of 2017. This device will reportedly feature some pretty decent specs alongside a likely Pixel branding, while the OS is actually rumored to be Andromeda, a hybrid operating system combining Android and Chrome OS which was just spotted to be running on Nexus 9 units. The project is reported to be known internally as ‘Bison’.

Two independent and reliable sources have confirmed to us that Google is planning a new Pixel laptop to be released in Q3 2017. The project, known internally as ‘Bison’ and by the informal nickname ‘Pixel 3,’ will likely be the first brand-new device to showcase Google’s combined Android / Chrome OS ‘Andromeda’ operating system in a laptop form factor. Bison, then, would be the culmination of years of work by Google’s Pixel team and Google’s Android and Chrome OS teams.

According to Android Police, Bison won’t be marketed as a Chromebook-type device but as a standalone laptop separate from Google’s efforts in marketing independent Android and Chrome OS devices. This is likely due to how robust Andromeda is rumored to be. What’s more, Bison is also said to be the very first brand-new device with Andromeda. And while we don’t exactly know what that means, our best guess would be that the Android/Chrome OS hybrid will launch on other previously released devices first (like the Nexus 9 or Pixel C) while Bison will be the first device to actually ship with Andromeda preloaded. This isn’t confirmed, but it’s reasonable enough to place a couple of bets on.

It’s worth noting we don’t actually know if Google plans on announcing Andromeda this or next year, but stay tuned.

Getting into the specs of Bison, AP has reportedly been told that the laptop will feature a 12.3-inch display with support for a tablet mode (likely the ability to flip the device 360 degrees around the keyboard), Wacom stylus support, an Intel m3 or i5 processor, 32 or 128GB of storage, 8 or 16GB of RAM, a fingerprint reader, a 3.5mm headphone jack, various different sensors, stereo speakers, quad microphones, and a battery big enough to last a reported 10 hours on a full charge. All of these internals are reported to ship within a body that features a backlit keyboard and a Force Touch-like glass trackpad. In addition, under 10mm is the reported thickness of the laptop, making it thinner than Apple’s MacBook. Overall, these specifications seem pretty promising at this point, but AP does note that they could change before the device is actually launched since we still have at least a year to go. But for now, they seem exciting.

Before Bison launches, it seems that Google wants to have a number of “enterprise, developer, and stylus-driven apps” available for use on Andromeda. This could mean that Google will unveil the Android/Chrome OS hybrid at a) this year’s October 4th event or b) I/O 2017. I’m leaning toward the latter as that’s likely the most probable time for the company to announce a brand-new piece of software, but all speculation remains unconfirmed for the time being. AP also notes various times in their report that Chrome OS and Chromebooks alike will probably die off come next year. They believe Andromeda is the future, and I have to say, I can’t agree more. Even though we are seeing Android apps finally land on Chrome OS, this OS is nevertheless pretty useless for lots of users unless you only use a computer to check emails and surf the web. All in all, I think we will see an Andromeda-powered laptop come next year, but until then, stay tuned to MBEDDED for future developments.