Trailing a week behind iOS 10, watchOS 3, and tvOS 10, Apple has finally released the public version of macOS Sierra 10.12 to all Mac users around the world. This update is available as a free download from the Mac App Store and weighs in at 4.77GB in size.

After a beta process of eight different builds all released to developers and public testers alike, Apple has finalized the GM version of macOS Sierra with some small bug fixes and improvements which we saw in the updated GM seed of the software update for Mac. In case you’re wondering whether your Mac will receive the update or not, check out the list below.

For reference, macOS Sierra’s bringing Siri to the Mac alongside Picture-in-Picture mode for videos, Apple Pay support by ways of Safari, universal clipboard which works in conjunction with your iPhone, iPad, or iPod touch, an updated Photos and Maps app with all the same features of the new versions of the software for iOS 10, a new Messages app to work alongside the one found in iOS 10, and the ability to use tabs across every application available for the Mac amongst other new features. 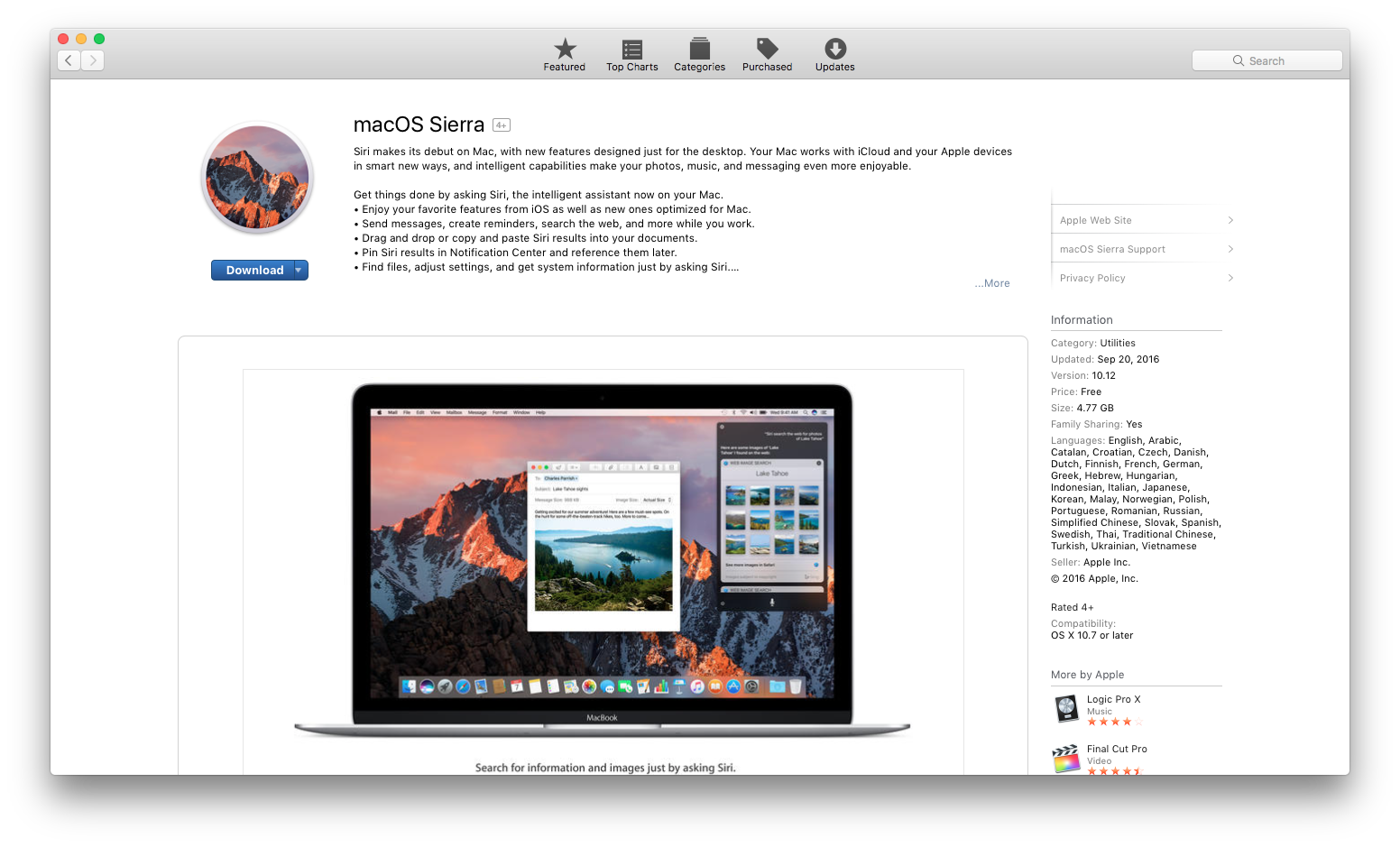 To install macOS Sierra on your supported Mac, just search for it in the Mac App Store. When you find the listing, click “Download” and the installation process will begin. Once that’s completed, an installer will open. Follow the instructions within the installer, and you’re good to go. You’ll then be able to access Siri, use tabs in practically any app, and pay online using Apple Pay.