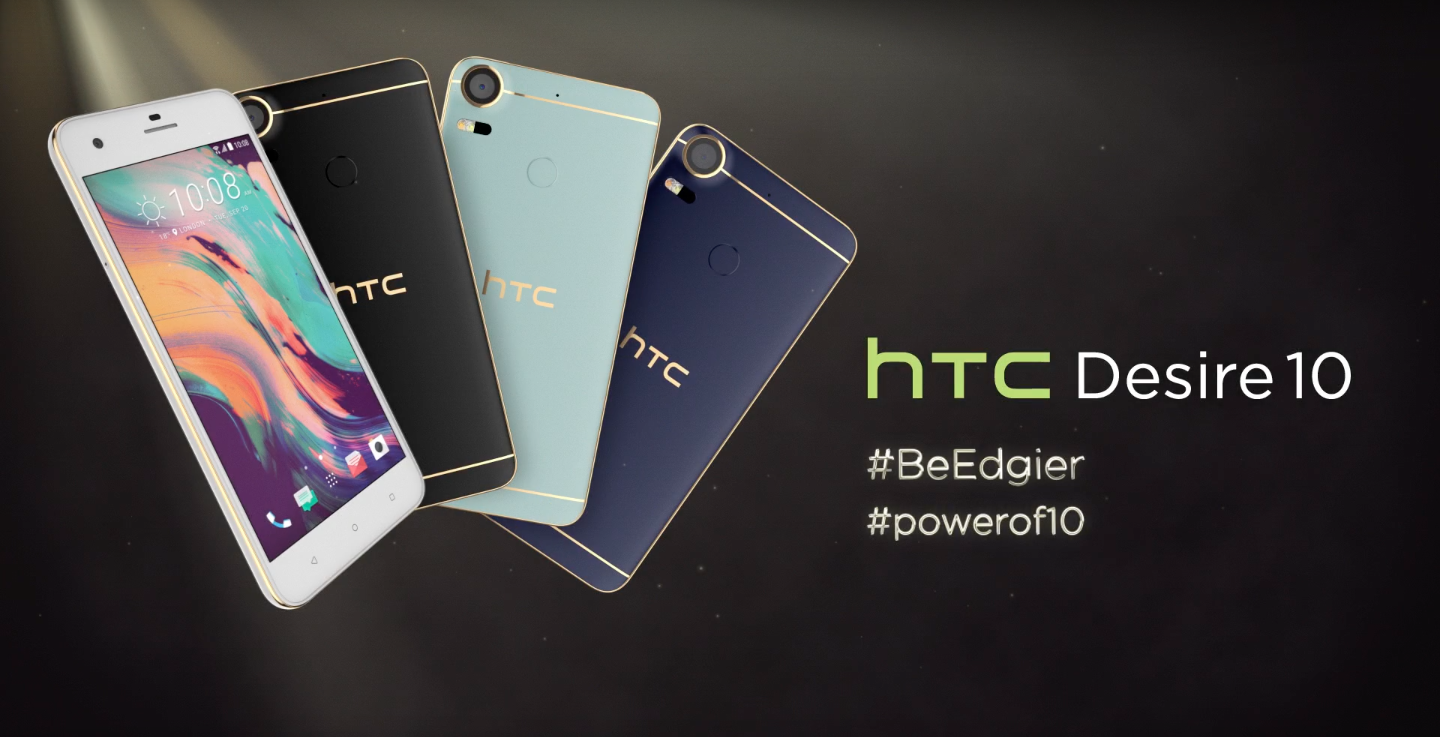 Today during their #BeEdgier event, HTC finally unveiled their latest mid-range handsets: the Desire 10 Lifestyle and Desire 10 Pro. Each of these phones are a variant of the highly-popular HTC 10 that launched earlier this year to much praise by reviewers. Now, we have two cheaper versions of that handset with slimmed-down specs and a more affordable price.

Starting with the Desire 10 Lifestyle, HTC designed this handset to look and feel premium. This strong flagship-like appearance is aided by metallic gold accents around the antenna lines and frame of the phone, while a matte finish is present for the back of the phone to provide a premium feel in the hand. A 5.5-inch 720p is here which sizes the phone out to a near-phablet size, however the device should be operable with one hand for most people.

Spec wise, the Desire 10 Pro beefs things up over the cheaper Lifestyle. For starters, there’s a MediaTek Helio P10 processor inside over the Snapdragon 400 in the Lifestyle, 3GB of RAM and 32GB of storage or 4GB of RAM and 64GB of storage (expandable via microSD card up to 2TB), a 20MP rear camera with laser autofocus (neither the Lifestyle or Pro have OIS, by the way), a 13MP front camera, a fingerprint scanner, a 3000mAh battery, and the same connectivity internals as the Lifestyle. Overall, these two phones are pretty similar spec wise, but the Pro should no doubt totally out perform the Lifestyle any day of the week.

Pricing for the Desire 10 Pro isn’t available yet, however the Lifestyle will run for £249 when it launches later this month in the UK, while under £300 will be the cost in other European countries. Exact availability of either handset isn’t available either, however stay tuned. (And no, neither handset’s coming to the US.)

What’s your take? Do you think HTC’s latest handsets will be a hit? Let us know your opinion in the comment section below!