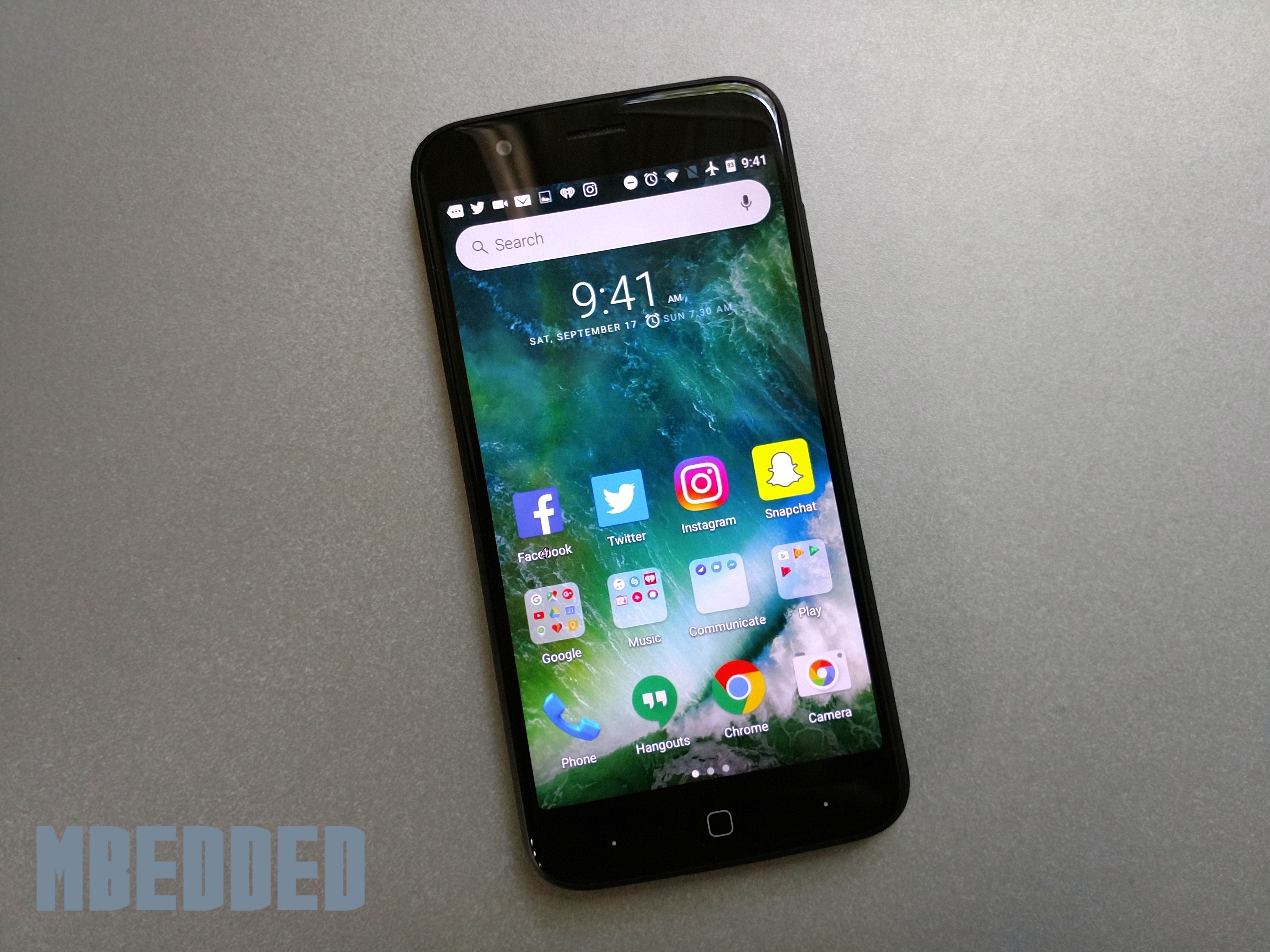 How-To: Get an iOS 10 Look and Feel on Android in 2 Steps

Just this past Tuesday, Apple officially launched their much-anticipated software upgrade called iOS 10 which has begun rolling out to iOS devices everywhere. One of the biggest attractions people tend to see in iOS 10 is its looks which, no doubt, are pretty stunning. With transparency as far as the eye can see and gestures, animations, and clean wallpapers that are extremely appealing, some users may be tempted to switch over to Apple’s side. And yes, I’m talking about Android users.

See, some of us Droid users don’t really want to switch over to iOS, but with its looks and feature set you may be pretty tempted. But if you’re like me, you just simply don’t have the cash in the bank to score an iPhone running the latest software. Luckily, since I’m directing this conversation to Android users, there’s an answer to your problem, and it comes in the form of a launcher.

Yes, that’s right people. At the heart of Android is customization, everywhere from the home screen to how your keyboard looks, what lock screen you use, and which quick access toggles appear in the notification shade. And while all of this can be tweaked to fit your lifestyle or personality, some of you may be looking for something similar to iOS. Sure, I don’t have a killer lock screen or iOS-replicated keyboard I can show you, but with a certain launcher available for free on the Play Store and one wallpaper, you can score a very similar experience to iOS 10 right on your Android phone.

Let’s jump into how you can get an iOS 10 look and feel right on your Android phone in as little as two steps.

The launcher we’ll be using for that iOS 10-like experience is one I’ve grown very fond to called Evie. It’s available for free in the Play Store and is entirely focused around the idea of search. A universal pull-down search shade can be accessed from anywhere in the launcher which allows you to search for apps and games either on your phone or available from the Play Store alongside find music, movies and show times, contacts, and Google searches right from your home screen. Of course, all of this can be accessed via something like the Google Now Launcher, but we’re going for an iOS vibe here and not a stock Android one.

Transparency is the name of the game for Evie. All over this launcher you’ll find transparent backgrounds which give off a different effect depending on the type of wallpapers you choose. I tend to go for busier wallpapers with more detail as they look best with the bokeh and transparent looks Evie gives you, but that’s just my opinion. There’s also one big factor coming into play that this launcher tends to capitalize off of a bit, and that’s the lack of an app drawer… button.

See, by swiping all the way to the left hand side of Evie, you’ll find your app drawer. Rather a button on a dock (which, by the way, is for some reason not present), you’ll be using swiping gestures to access all your apps. If you’re not a fan of this method, you can always pull down and start typing.

Within this left-most pane is where you’ll find your widgets and settings as well (yep, widgets are available in this iOS-like launcher which, by the way, are probably one of the shining features). Things like the ability to change your icon size to the icon pack, how many rows and columns you want present on your home screen for app shortcuts, and whether you’d like a slick-looking Google app swipe-up shortcut on your home screen are all present in the settings section. You’ve also got access to a feedback link which will allow you to send your feedback about Evie to the developers, something I’ve done many a time with many a response from Team Evie themselves. All in all, this method of navigation is very fluid and very reminiscent of iOS.

If you’re looking for a launcher similar to iOS 10 but shares the same powers of Android like embeddable widgets and icon packs, Evie’s the way to go. With universal search, you’ll no doubt find apps on your Droid as fast or faster than an iPhone, plus have access to movie showtimes, music links, Google searches, and contacts. I for one love Evie and definitely think it’s worth checking out.

On your Android phone, go to the Play Store, tap the search bar, enter “Evie”, and hit “Enter”. Alternatively, you can tap this link on your device. Then, when you find the listing that says, “Evie Launcher”, tap on it and tap “Install”. Evie will begin installing and can then be set as your default home screen by pressing the home button and hitting Evie > Always on the popup menu. 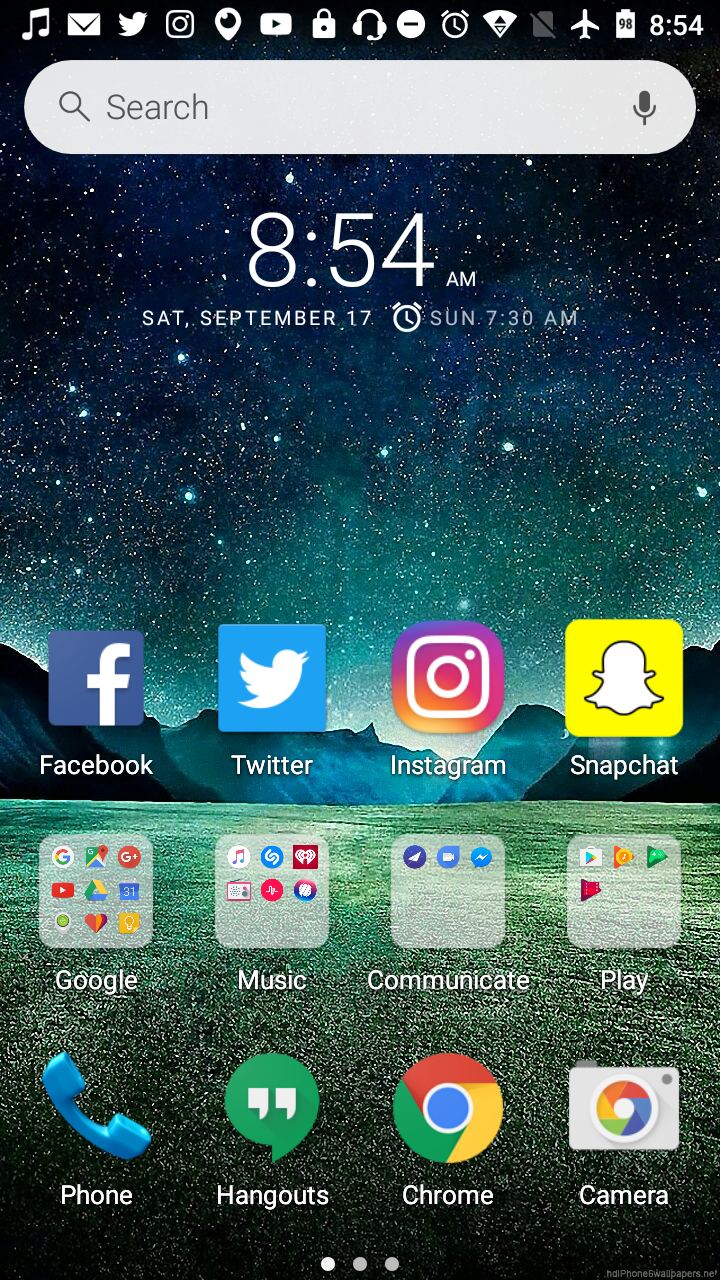 After that’s completed, feel free to set up your icons, grid size, widgets, and more just the way you like it. But don’t bother changing your wallpaper just yet. That step’s coming up right now. 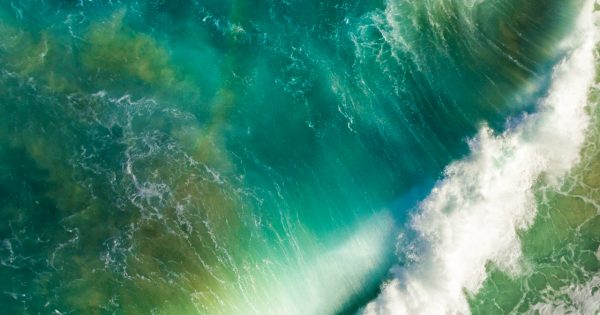 To give Evie a really strong iOS 10-like feel, I’ve grabbed the stock iOS 10 wallpaper from the internet and copied it over to my phone. Then when I set the wallpaper, I get a very iOS-like appearance thanks to Evie’s launcher and feature set and the background ripped straight off of Apple’s smartphones.

If you’d like to download the image to your phone and complete our iOS 10 experience on Android, long press on this link and select “Save link”. Once that’s completed, the image will begin downloading to your phone and you’ll be ready to set it as your wallpaper.

To set this image as your wallpaper, right inside Evie, head over to the left-most panel, swipe twice to the right to access the “Settings” pane, tap “Change Wallpaper”, and in the available images, tap “My photos”. This will take you to a file manager-type interface. From the hamburger menu on the left, just tap “Recent” and the wallpaper we downloaded should be the first one listed. Tap on the background, hit “Set wallpaper” at the top, and you’re good to go. You’re now rocking the stock iOS 10 wallpaper and the gloreous iOS 10 -like launcher Evie.

If a custom launcher and wallpaper aren’t enough to satisfy your iOS appetite, below I’ve linked some icons packs that tend to give off an iOS vibe alongside a couple of additional wallpaper ZIP files that’ll no doubt give you the Apple-like experience you’re looking for.

After you’re all finished with the steps listed, you’ll be rocking a very similar look to iOS 10 right on your Android phone. And not only will you have the looks, but you’ve also got some of the functionality from iOS’ home screen like the built-in pull down search feature. All in all, I’m a pretty big fan of this look as I’ve always liked iOS 10’s look and feel. But since I don’t have an iPhone, I found this Android ‘edition’ of the software the next best thing.

What’s your take? Do you like the iOS 10 look and feel granted by Evie Launcher and the wallpapers on your Android phone? Let me know in the comments and be sure to stay tuned to MBEDDED for more articles like this!