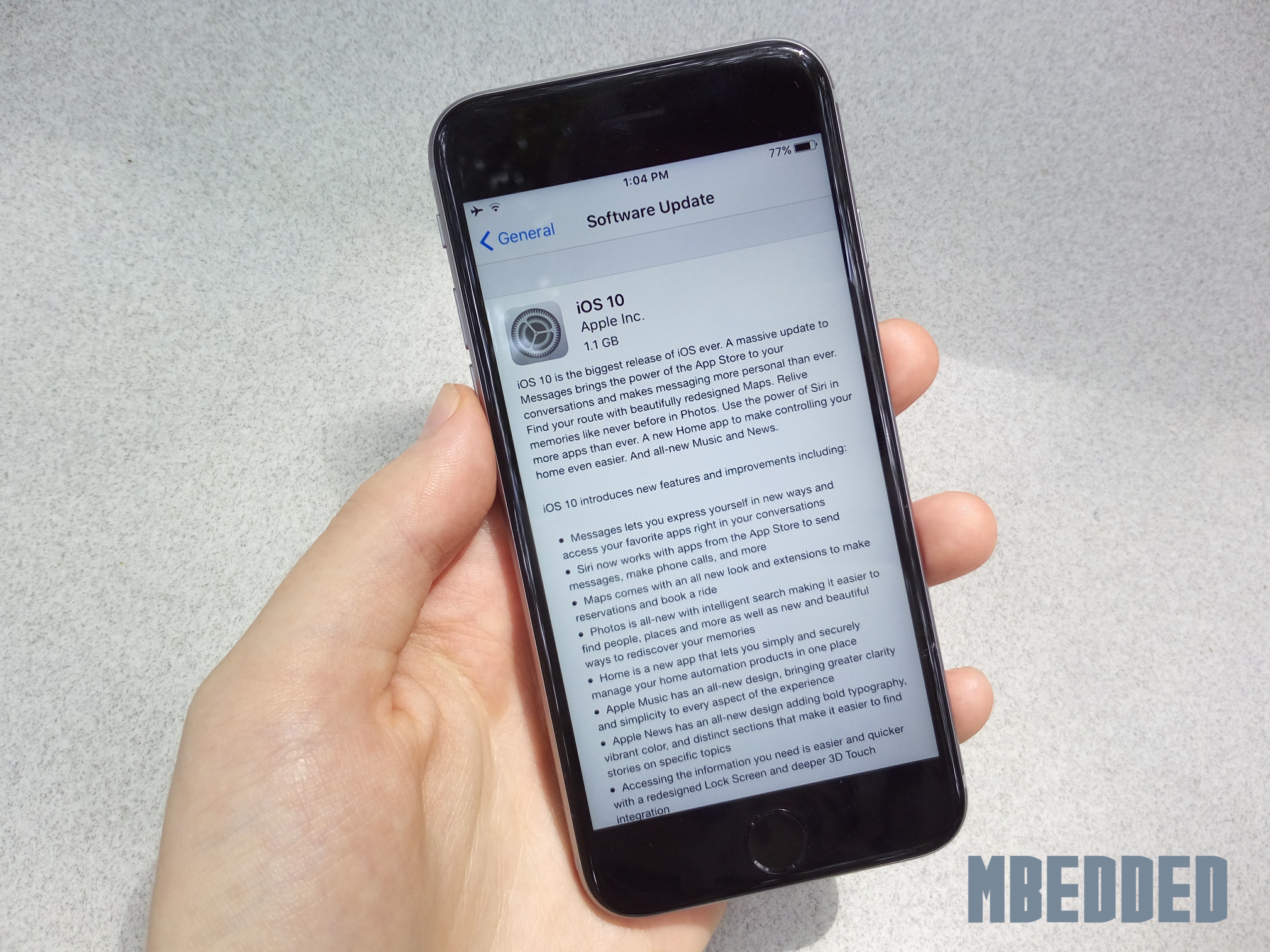 iOS 10 Now Rolling Out to iPhones, iPads, and iPods Everywhere

The day has finally come. After a beta process containing eight different builds which were released over the course of exactly 3 months, Apple has flicked the switch to begin rolling out iOS 10 to all iPhones, iPads, and iPod touches around the world. A full list of all the devices compatible with the new OS upgrade can be seen below.

Those of you who opted in to beta test iOS 10 have had the final version of the OS since last week when Apple began rolling out the GM seed of the software upgrade. Developers and public testers alike have had the new update for 6 days, while the rest of the public had to wait until today to get their hands on the latest software from Cupertino.

For those of you who don’t already know, iOS 10 will bring to the table a new lock screen UI complete with a dedicated widgets panel, an all new Messages app, lots of improvements to Photos such as facial recognition and Memories for you to revisit past events, a Siri SDK alongside some slight tweaks to the personal assistant, an updated Maps app, an overhaul News and Apple Music app alongside the addition of lyrics in the latter, an official Home app to control smart home devices enabled with HomeKit integration, a much improved Phone app, universal clipboard, and much more. Features that arrived during the various beta builds of the new software are new lock screen and keyboard sounds, additional tweaks to various UI elements like the folder animations and the frame rate of certain gestures and movements, updated emojis which reflect a more modern design over their previous aqua-style appearance, and new 3D Touch options amongst others.

To install iOS 10, head over to Settings > General > Software Update on your iOS device and tap “Download” when you see the iOS 10 listing. You’ll then need to sit and wait for the update to install on your device, and you may wanna be pretty patient as the update weights in at 1.1GB.

If you would like to learn everything that’s new in iOS 10, head over to our official tag.

Have you received iOS 10 yet on your device? Are you enjoying it? Let us know your thoughts in the comments below!