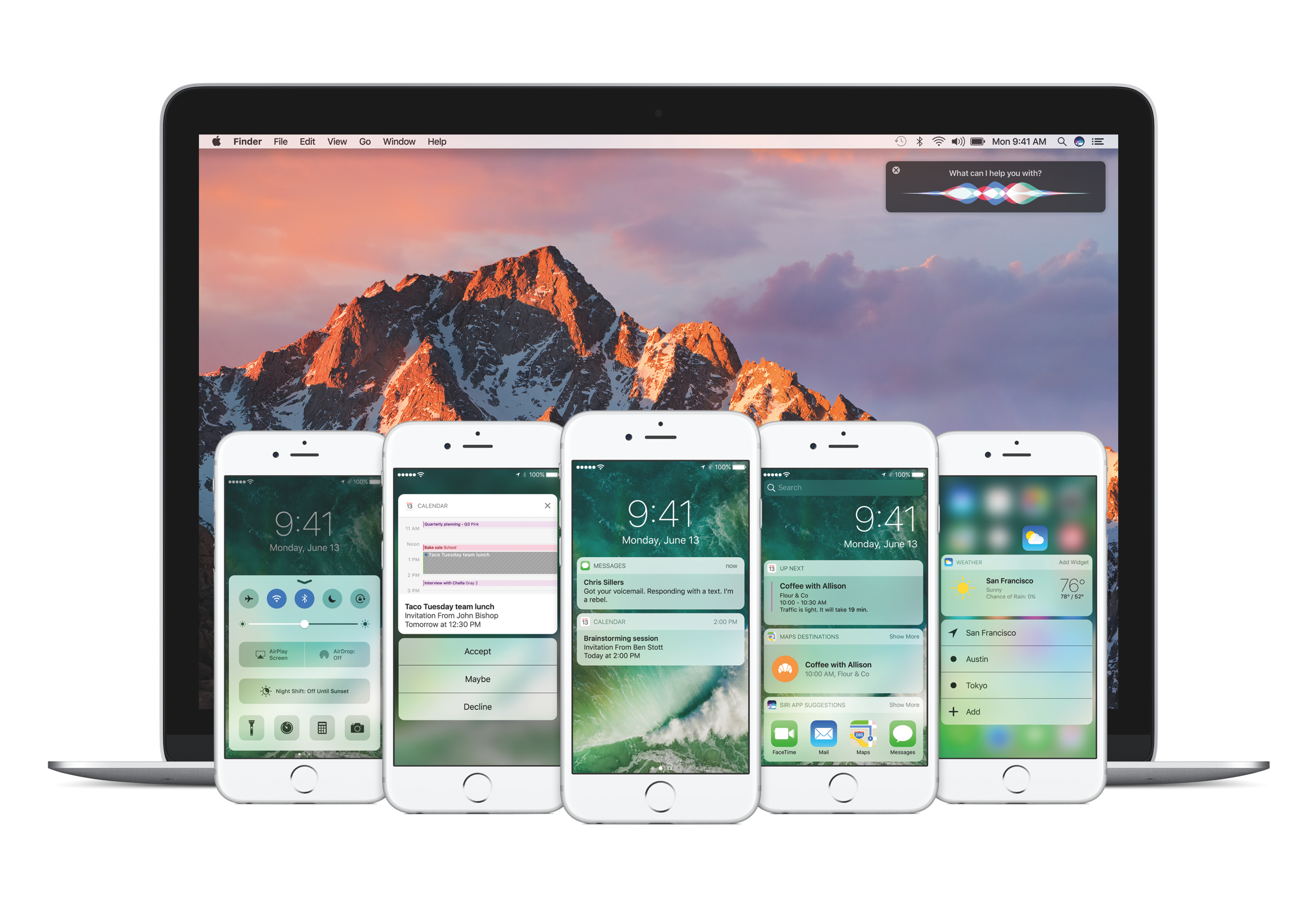 Yesterday after their event, Apple began rolling out GM seeds of all their new operating systems for 2016, including iOS 10 and macOS Sierra. However, these new builds were exclusive to developers and remained that way. However, we’re now hearing that public testers who have opted in to receive preview builds of the two OSes mentioned are now receiving the very same GM seeds on their devices. This means that the final version of the latest OS upgrades for iDevices and the Mac have begun rolling out to a wider audience than just paid developers, so now more of the general public will have early access to the latest and greatest from Apple before the initial launch dates of the new updates.

iOS 10 will come installed on the new iPhone 7 and 7 Plus and bring to the table a new lock screen UI complete with a dedicated widgets panel, an all new Messages app, lots of improvements to Photos such as facial recognition and Memories for you to revisit past events, a Siri SDK alongside some slight tweaks to the personal assistant, an updated Maps app, an overhaul News and Apple Music app alongside the addition of lyrics in the latter, an official Home app to control smart home devices enabled with HomeKit integration, a much improved Phone app, universal clipboard, and much more.

macOS Sierra’s bringing Siri to the Mac alongside Picture-in-Picture mode for videos, Apple Pay support by ways of Safari, universal clipboard which works in conjunction with your iPhone, iPad, or iPod touch, an updated Photos and Maps app with all the same features of the new versions of the software for iOS 10, a new Messages app to work alongside the one found in iOS 10, and the ability to use tabs across every application available for the Mac amongst other new features.

To install GM of iOS 10, head over to Settings > General > Software Update on your registered iOS device and tap “Download” when you see the option to install the final iOS 10 update. You’ll then need to sit and wait for the update to install on your device, and you may wanna be pretty patient as the update appears to be relatively large in size.

If you want to install the GM macOS Sierra on your Mac, head over to the “Updates” tab in the App Store and check for updates. There, you’ll find the new build ready to install. Just click the “Update” next to the macOS Sierra GM Seed listing and restart your Mac. The process may take a little while as the update package weighs a good hefty amount, so be patient and don’t turn off your Mac manually if you don’t have to.

if there’s any new information that surfaces we find notable, we’ll update this article. You can also send any tips you have about the GM seeds of iOS 10 and macOS Sierra by emailing us at mbedded@icloud.com.