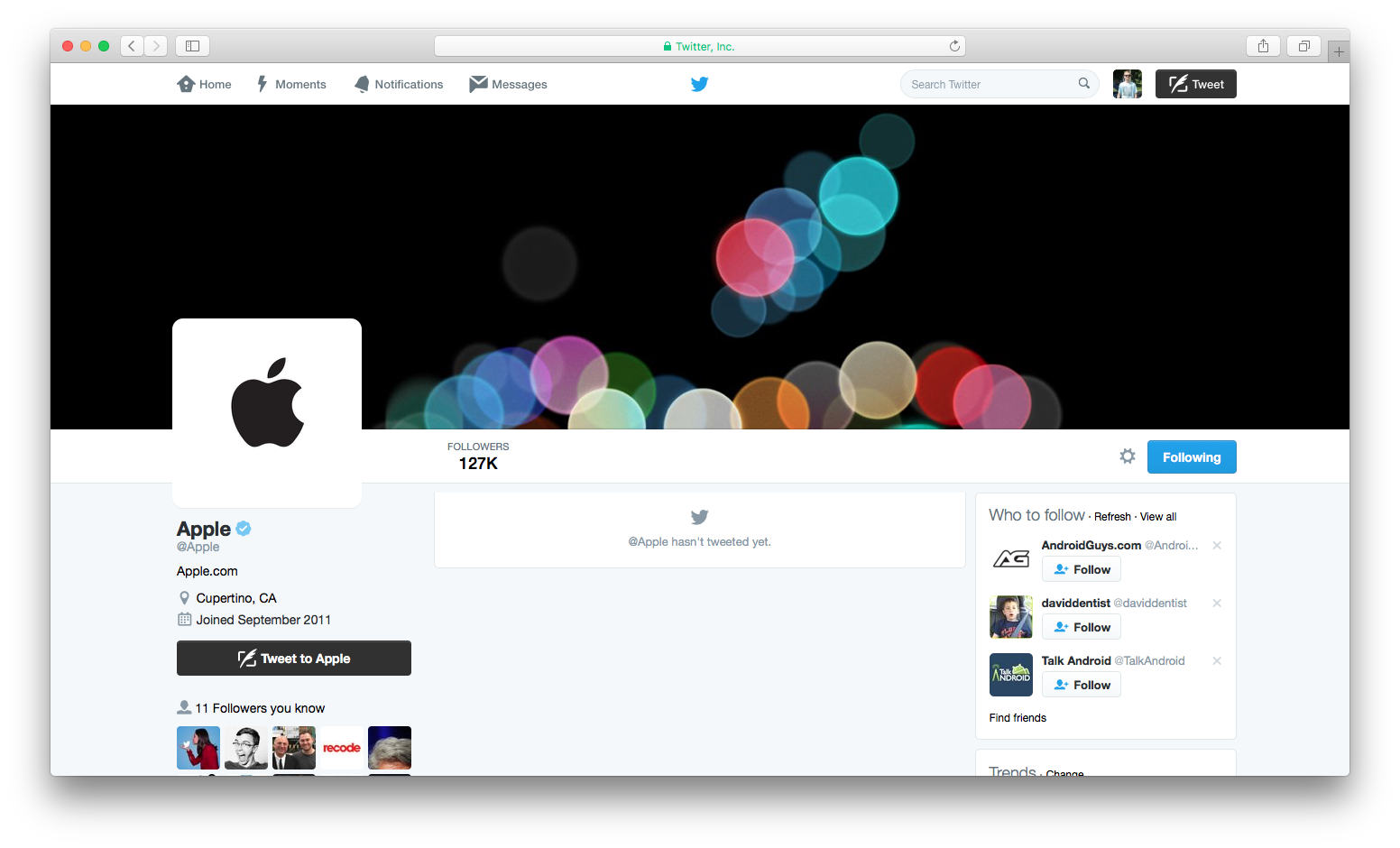 Five years ago, a little Twitter account with the handle @apple was created, assuming that the owner was the Cupertino company themselves. However, until now the account hasn’t shown any sign of life. This changes today, as it appears that Apple has uploaded their official logo alongside a custom header image that doubles as the 2016 September event‘s invitation image to their Twitter account, however no tweets have been sent out. They also changed the color scheme to a dark gray, possibly resembling a Space Black shade.

It’s basically everyone’s guess at this point that the reason why Apple hasn’t tweeted anything yet is due to them waiting until the 7th so they can live tweet their iPhone 7/Apple Watch 2 event. I’m not sure if this is true or not as the company has never been the social media-type (putting aside the various Twitter and Instagram accounts for products and services they offer), however I could be wrong.

Nevertheless, it’s always cool to see a big company like this finally jump on the same bandwagon as everyone else. Of course, if the time comes and Apple does send out their first tweet, we’ll update this article with an embedded version of their very first words on the platform as a company in whole.