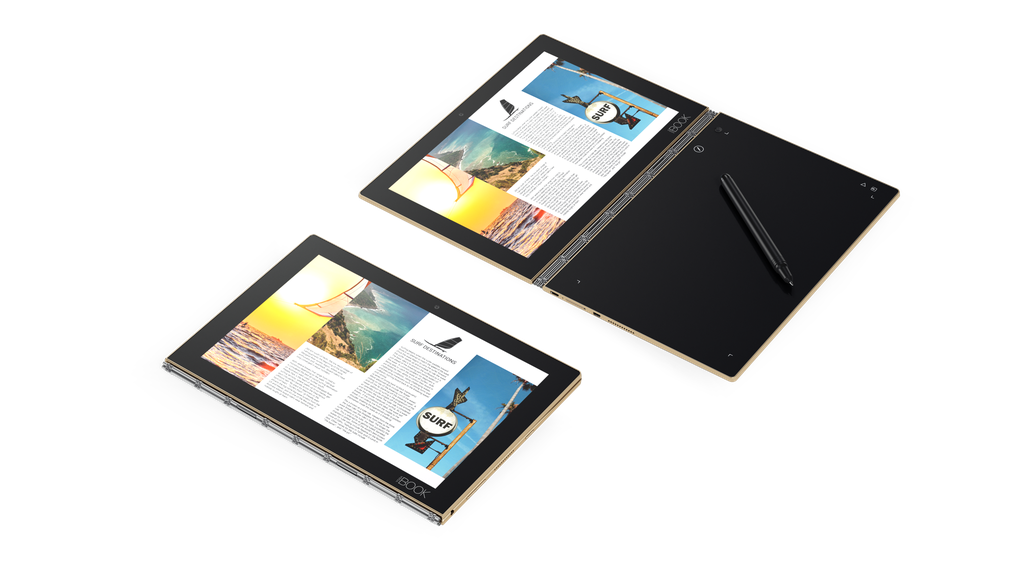 The Yoga Book Includes Two Screens, a Software Keyboard, and Doubles as a 2-in-1 (And it’s Nuts)

Alongside the release of the Yoga Tab 3 Plus, Lenovo at IFA 2016 also announced the Yoga Book. This ultra-special 2-in-1 laptop/tablet hybrid brings a rather interesting design to the table while also including many peculiar features that definitely makes this device one of a kind. 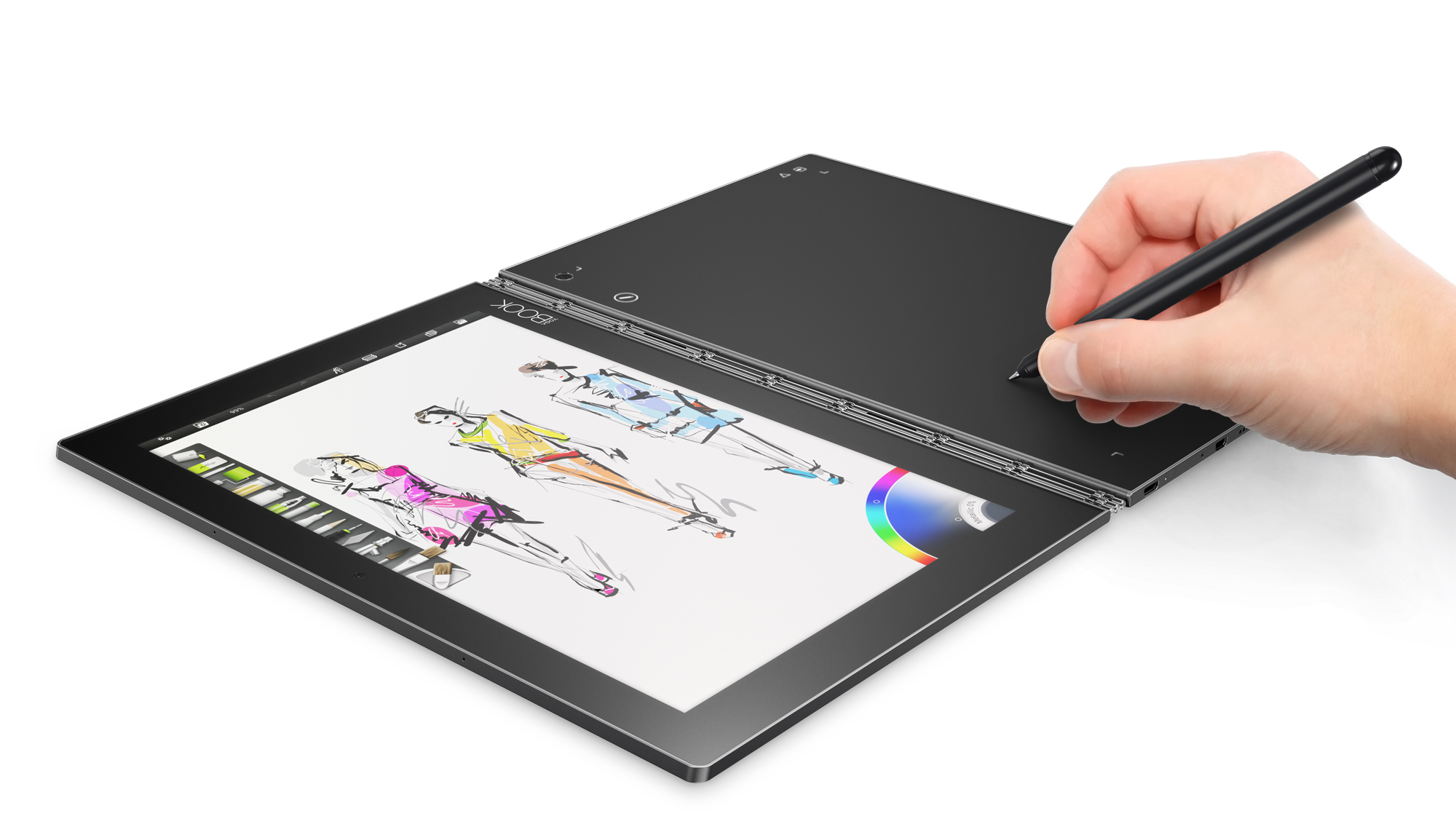 For starters, let’s talk about the screen. The main display is sized in at 10.1-inches and features an IPS panel and full HD resolution. What’s more, this display is a touchscreen, hence the 2-in-1 factor. The second display on the Yoga Book is a bit interesting, as it, for a majority of the time, stays blank. This is due to it doubling as a writing pad. Using the included stylus, you can use this touch pad as a Wacom-style drawing pad to doodle inside documents, pictures, and more. When it’s time to type something, the pad lights up into a “halo keyboard” which responds to your touch via light vibrations. This makes for a very unique experience and adds to the ultra-portability factor of this laptop/tablet as the entire device, when closed, measures in at just 9.6mm thin and weighs just 1.5 pounds (680 grams). 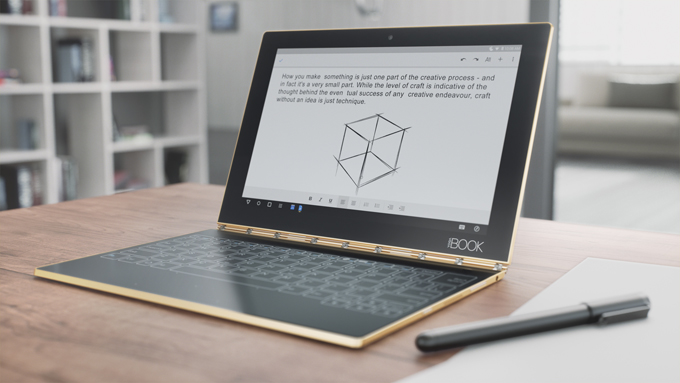 Other ways this secondary screen (or touch pad, whatever you prefer) can help you is by showing different functions depending on the app you’re in. For instance, within Photoshop, you can add a filter or select a cropping tool to help with your edits. This function works like the rumored feature that’s coming via the OLED touch bar on the upcoming MacBook Pros. Of course, with this surface on the Yoga Book you can doodle on, but it’s nevertheless similar to some extent. 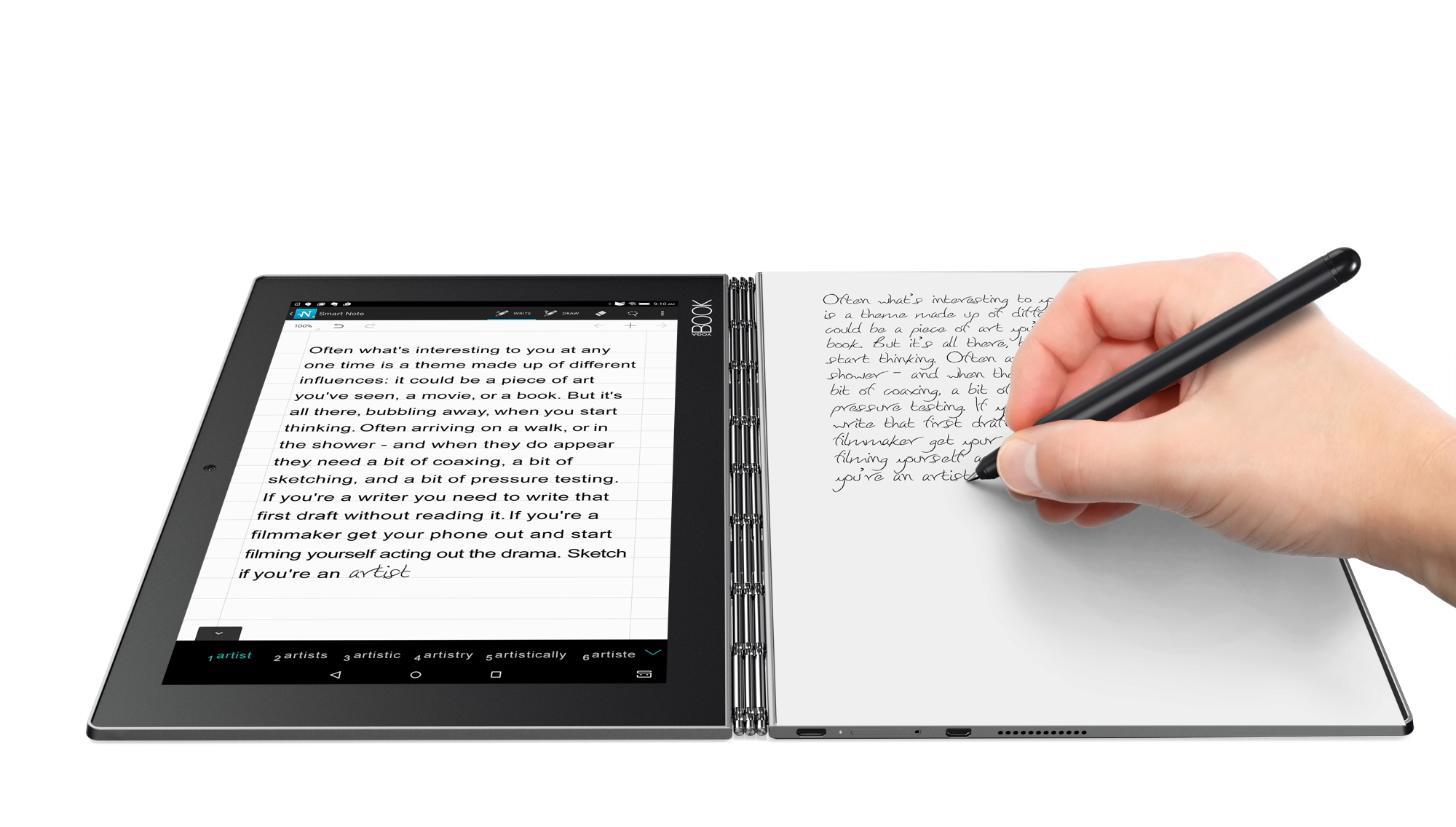 One neat little trick with this touch pad is the fact that physical writing is possible. When I say “physical writing,” I mean you can literally clip a piece of paper to the pad, pop in a special tip into the stylus Lenovo provides, and start writing away as if it were nothing. By working in conjunction with the special tip and the ink that’s produced from the pad itself, handwriting similar to writing with a pen is possible. This will surely come in handy when you need to write something down while your working. Plus, extra space isn’t needed, so you won’t need a separate hard surface to write upon. All in all, I think this is one of the stand-out features of the Yoga Book and will no doubt be very convenient for whomever uses it. 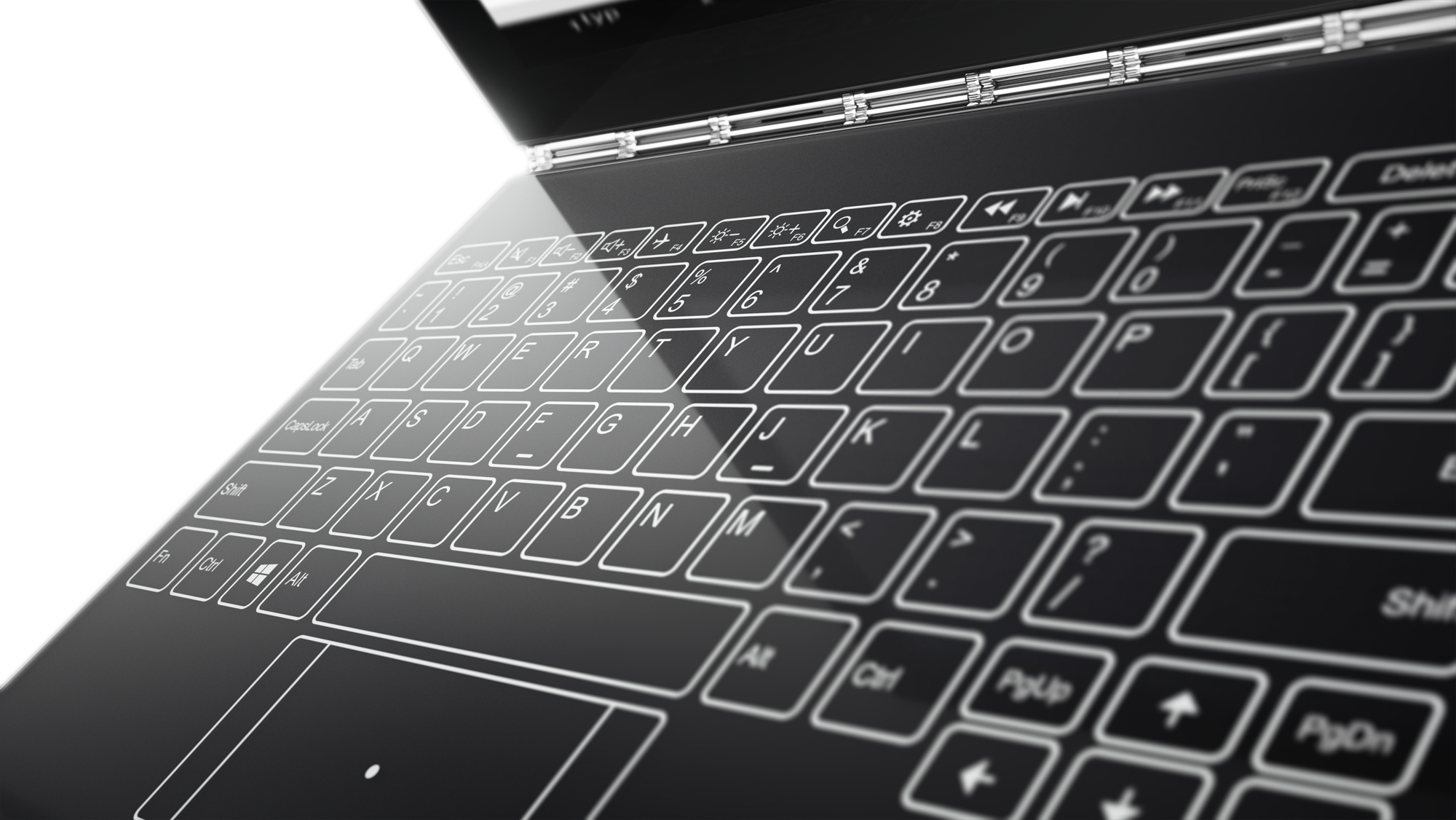 By now, you’re probably curios what can be found within the Yoga Book. In other words, the specs. Well, we don’t know much, but we do know there’s an Intel Atom x5 processor with 4GB of RAM, 64GB of on-board storage, Dolby Atmos speakers, and a 15-hour battery (allegedly). There’s also a skinned version of Android with Lenovo’s ‘Book UI’ which offers multitasking utilities like the ability to run apps within floating windows that are resizable and use Windows-like shortcuts in conjunction with the Halo Keyboard. There’s also some added tweaks throughout to make the experience more suitable whether you’re using the device in tablet or laptop mode. 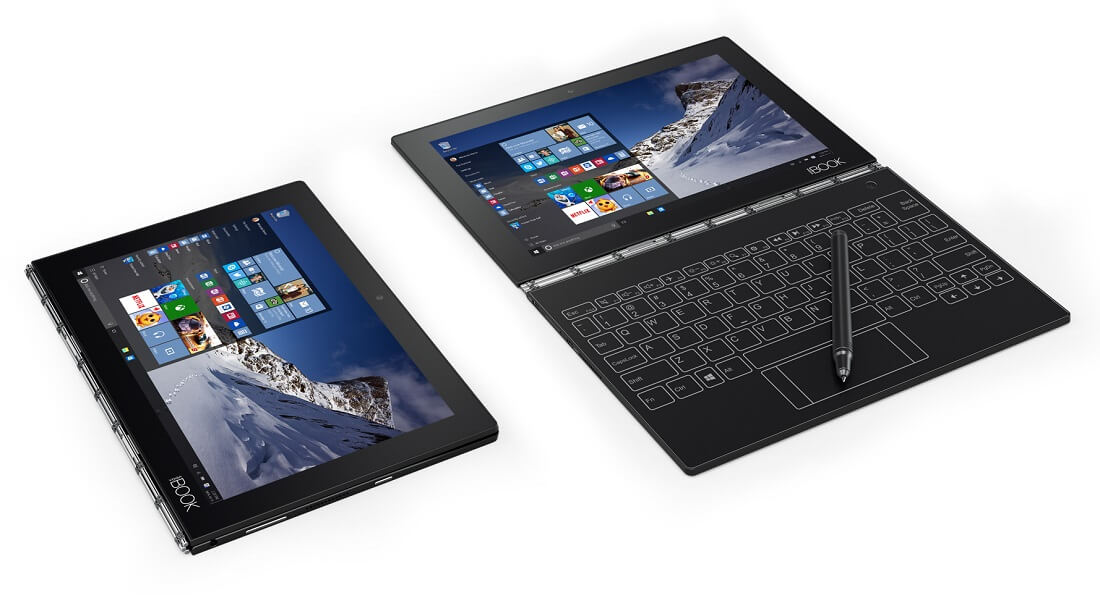 Oh, and by the way, a Windows version of this machine is coming soon.

The Lenovo Yoga Book will be available starting in October for just $499. This is pretty cheap for a device with its multiple capabilities. In addition, the color options for the Book are Gunmetal and Gold, while the Windows-powered variant that’ll cost $549 will come exclusively in Carbon Black.

All in all, I’m pretty excited about this thing. It’ll be interesting to see how it performs as a standalone Android tablet and a standalone Android laptop. And when you use the two together, I’d assume some type of magic happens with your productivity. I’ll do my best to get one of my team members a unit of this puppy for a review on our site soon. Stay tuned for more on that.