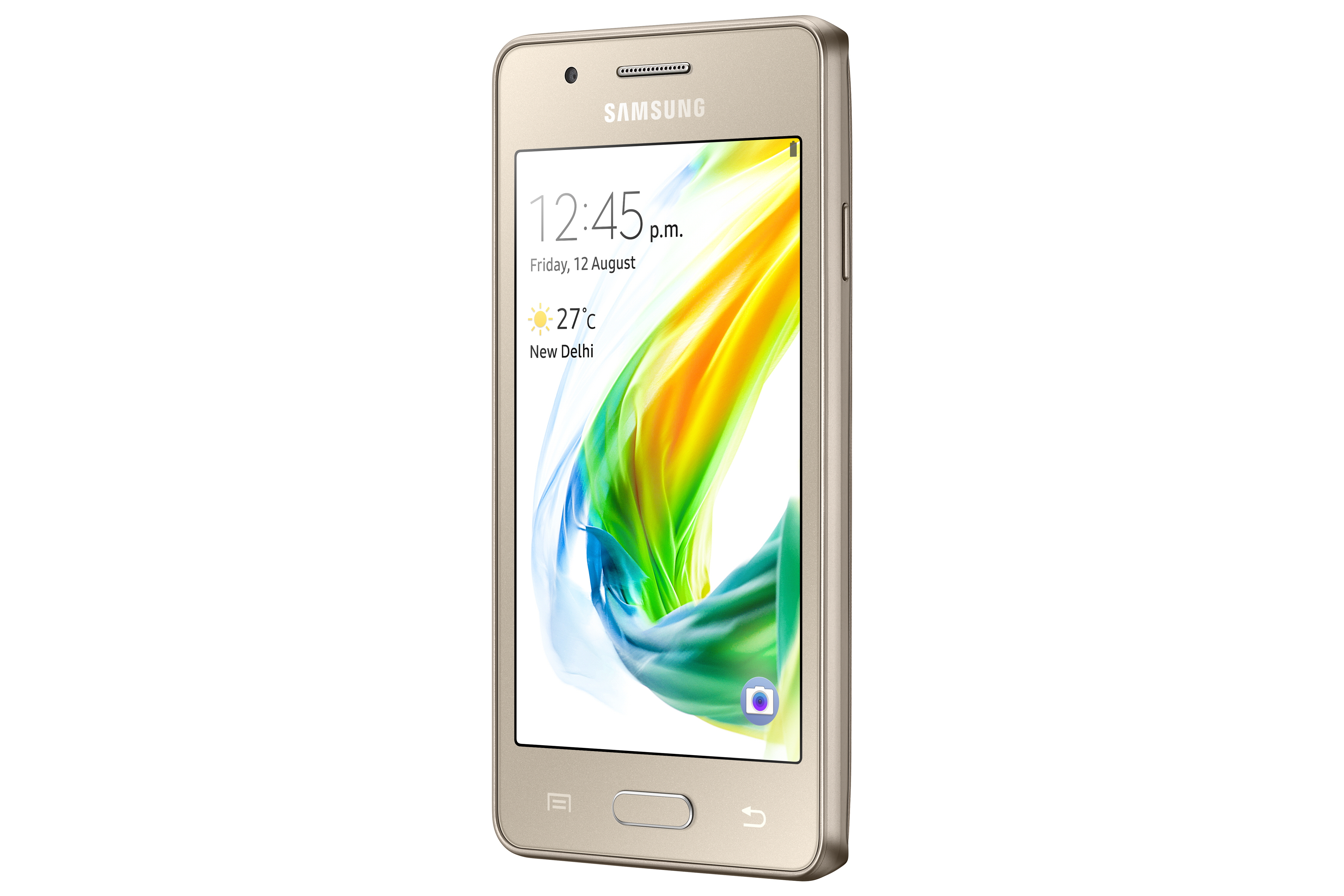 Samsung today launched their very first smartphone that runs their custom-built OS called Tizen and features 4G LTE. The handset, called the Z2, features very basic specs on the inside, however that’s all you really need for Tizen.

For staters, there’s a 4-inch WVGA screen which right off the bat is probably not the best, a 1.5GHz quad-core processor, one lonely gigabyte of RAM, 8GB of internal storage which is fortunately expandable via a microSD card up to an extra 128GB, a 5MP rear camera with LED flash, dual SIM card slots, and a 1500mAh battery that’s likely gonna get you through the day since the device runs on Tizen and features an Ultra Power Saving mode which cuts down on performance from the device.

Some features exclusively provided by Samsung for the Z2 include a 90-day free trial of the popular streaming service Jio which will avoid using any data while streaming music, TV shows, movies, and more alongside making video calls, an Ultra Data Saving mode which can compress data use by up to 40%, and a bike mode which can make fielding calls while riding a cycle easier.

Samsung is also opening a contest to developers to decide who makes the best game to run on the Z2. This will result in winners receiving up to $185,000 in cash prizes. If you would like to submit your Unity-based game, head over to this webpage.

The Z2 will be available starting August 29th in India from various retailers. Gold, Black and Wine Red are the color options the device will come in, while INR 4,590 (around $68) will be what you’ll have to fork over which isn’t bad whatsoever.

If you’d like to learn more about the Samsung Z2, head over to http://www.samsung.com/in/microsite/z2.

Source: Samsung via The Verge