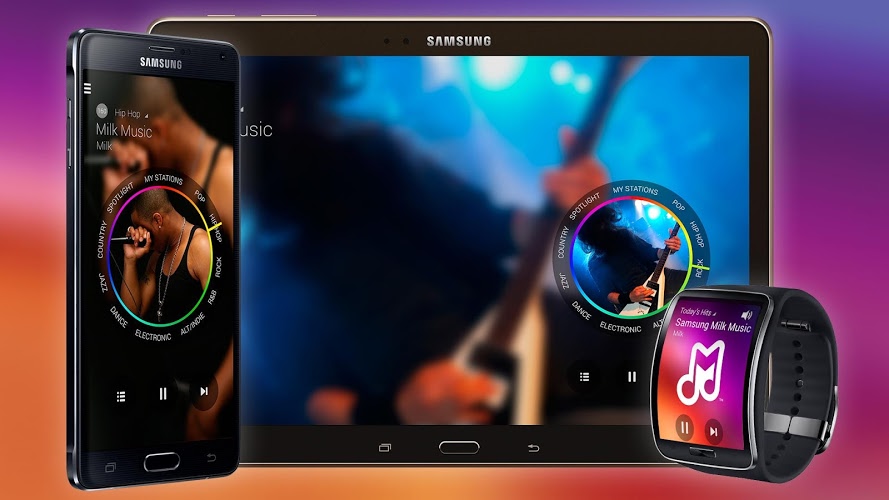 Samsung is Shutting Down Milk Music on September 22nd

It’s never had many users, it’s never been popular, and it’s device support is extremely limited. Can you guess what app I’m talking about? You said Milk Music? You’re correct! And guess what? It’s (finally) shutting down.

That’s right, folks. It’s been a long time coming, but Samsung has finally decided to pull the plug on their Spotify-competitor-wannabe and push users to use Slacker Radio, the service that powered Milk. September 22nd is the date when the service will officially end, so you’ll have until then to get yourself situated in a new music streaming service.

Samsung’s Milk Music never had taken off like the company had hoped. With its ad-free experience and no fees to join, the service sounded rather appealing. However, one of the biggest disadvantages is the fact that the app was/is available exclusively on Samsung devices. This definitely didn’t help with the effort to expand their user database as not everyone has a device built by the Korean company, so this factor surely plays a major role in the reason why the company is shutting the service down.

Samsung had this to say about the cancellation of Milk Music.

We have made the strategic decision to invest in a partner model focused on seamlessly integrating the best music services available today into our family of Galaxy devices. We believe that working with partners will accelerate innovation, enhance device sales and provide amazing new experiences for our customers. We have no additional details to share at this time …

While the music service is for sure shutting down in the US and other markets, some spots in Asia will be where Milk will still reign (via WSJ).

Samsung said the service, which is powered by Slacker Radio in the U.S., would continue to be available in other markets including China, Malaysia and South Korea. The service was discontinued in Australia and New Zealand earlier this year.

Like I said earlier, users who are still using Samsung’s Milk Music service will be prompted to switch over to Slacker Radio, the platform in which the company’s music service was based on. Luckily, you’ll be able to transfer all your listening history and favorite tracks to the service, so at least you’ll have your tunes.

In a world full of various music streaming services, only few ever make it off the ground far enough to survive. Spotify, Apple Music, and Google Play Music, for example, have all met that criteria, while services like Milk Music and the recently discontinued MixRadio haven’t quite taken off like they originally planned to. It’ll be sad to see Samsung’s attempt at the music streaming industry wave goodbye in the sunset, so we just won’t pay attention to it.

One aspect of this shutdown is very notable, and that’s whether the Milk Music app on Samsung’s devices will now become uninstallable. As of now, the app comes built-in and can’t be removed, so it’ll be interesting to see what Sammy does about this.

How do you feel about Samsung shutting down Milk Music? Are they making a good move? Let us know in the comments!