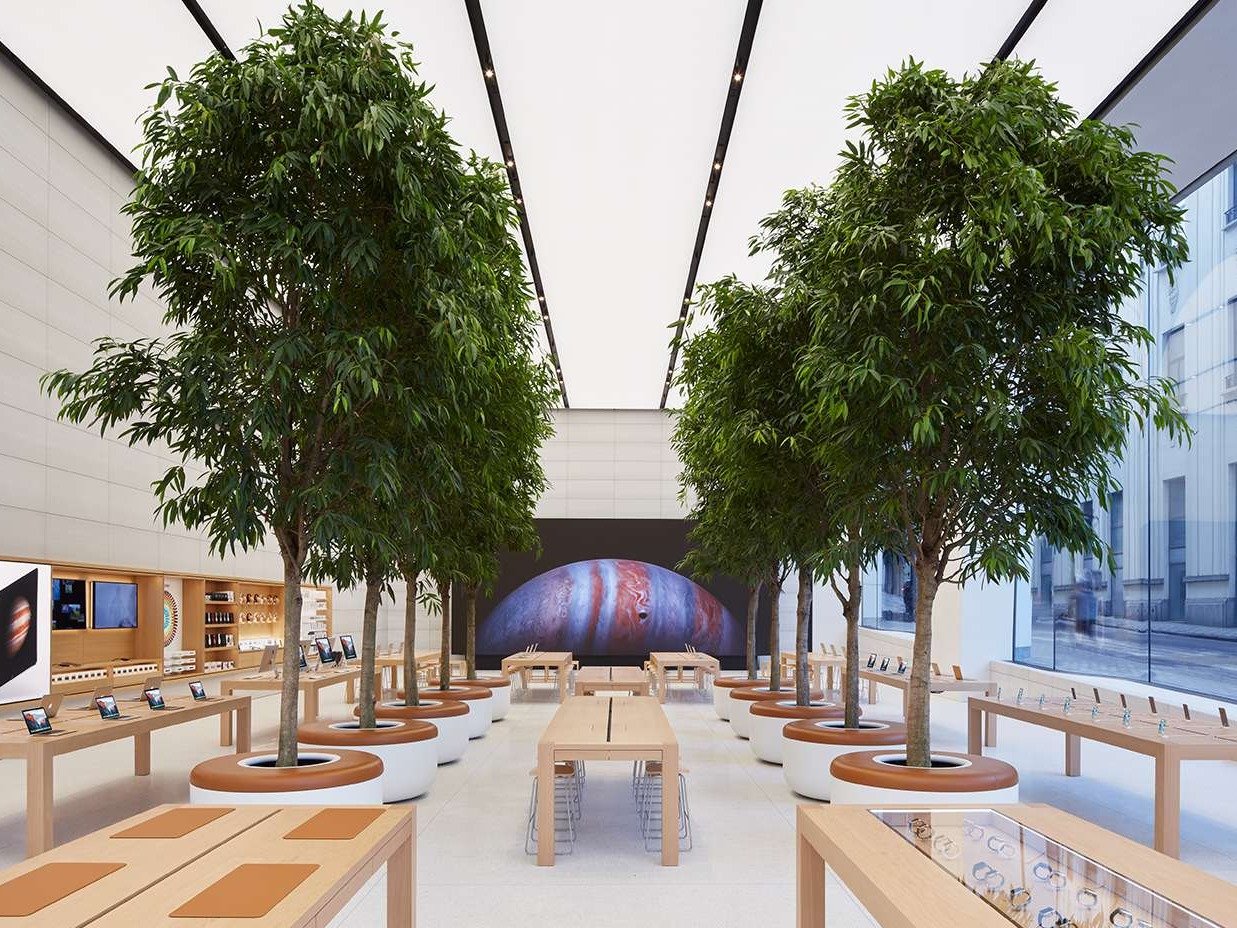 Apple Changed the Names of Their Stores to Apple

Apple’s pulled some fast name changes on us before, like the time when Phil Schiller said on Twitter that if you have two iPhones, you actually have two iPhone. It appears that Apple’s pulling another stunt on us similar to that time, however this one affects their Stores.

Or should I say, their Apples.

It’s been discovered that Apple is now removing the ‘Store’ part of the Apple Store name from locations all over the world, with the new name being the word ‘Apple’ followed by where the location of the store – er, uh, I mean “Apple” – is. For instance, if you refer to the brick-and-morter building where Apple resells their products in San Francisco, you’d say, “The Apple in San Francisco”. And if you look for the location online, you’ll need to search “Apple San Francisco” as that’s the way Apple now refers to their locations.

In all seriousness, this is a real move by Apple and not some rumor or scheme. in fact, MacRumors discovered that Apple’s been sending our memos to their retail employees letting them know about the rebranding. This is a gradual change that will take place over time, however it looks like the first location you can see the rebranding is right on Apple’s own website where every former Apple Store location is now listed as “Apple [location]”.

So what’s the motive behind this name change anyway? Well, we don’t know for sure, but the best guess out there is due to Apple trying to make former Stores more than just somewhere to buy their stuff, but for communities and friends to just chill. Dedicated seating areas in some newer Apples (see what I did there? I didn’t say Apple Store) actually replace the Genius Bar, something that may seem a bit odd to some people. In addition, a 6K video display can be watched at Apple Union Square in California where seating called “The Forum” can be used for artists, photographers, and musicians to educate, entertain, and get together with people via special events, classes, and programs year round.

The name change is a bit more clear now, right?

We’ll likely have more on this topic in the very near future, so stay tuned to MBEDDED.

Source: Apple.com | MacRumors via The Verge