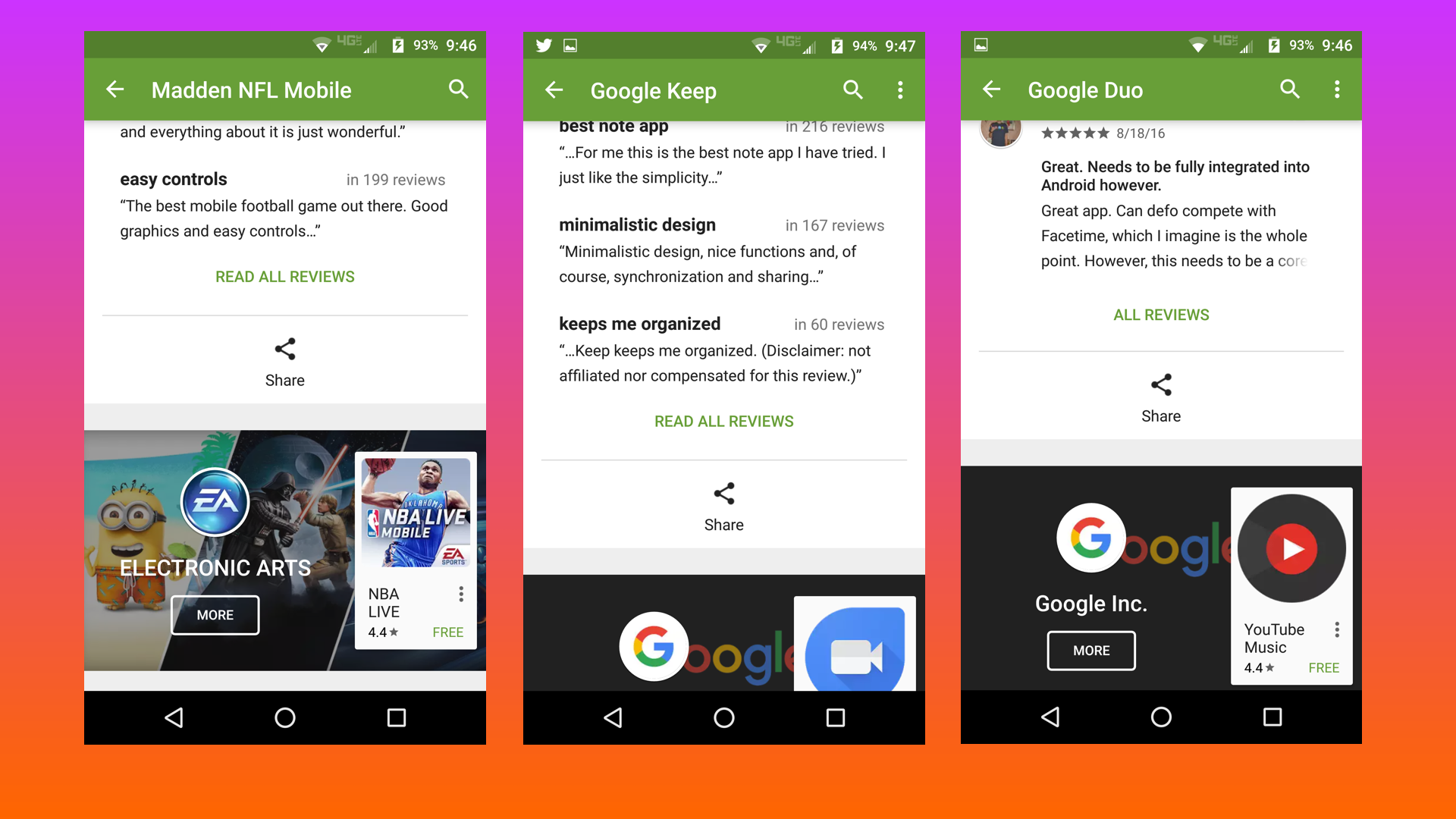 You Can No Longer “+1” Apps in the Google Play Store

We all know that Google+ is pretty much dying before our eyes, Google just doesn’t realize it. However, a new discovery we’ve noticed quite a few times over the past few days makes it look like the company behind the not-so-popular social network has finally noticed that their pretty desperate attempt at competing with the likes of Facebook hasn’t really taken off.

If you look at the screenshots above of the Google Play Store v6.9.15, you’ll notice one and only one button at the bottom of each app’s listing: Share. This may not look different to you or significant enough to dedicate an entire article, but allow me to explain…

I recorded a demonstration of navigating through the Play Store while not noticing any +1 buttons available to take action on. I also navigated into my Play Store profile where you’ll only see apps I’ve rated or reviewed and not ones that I’ve +1’d (which, by the way, is a lot).

It’s unclear exactly what this means for Google+, but at the moment, it looks like Google is really starting to steer away from their attempt at a social network. Obviously, it never really took off, hence we hear the words “Facebook” and “Twitter” much more often, however it never really flopped either. Google+ kinda just had (and still has) a pretty stable road paved for it. The only problem is that road doesn’t (and never will) go as far or as high as someone like Facebook’s. Of course, plenty of G+ integration has been seen throughout multiple Google products and services which made it seem like the network was pretty popular, but in all reality it never really was. And it probably never will be, especially if Google keeps winding down integration with the platform like they are now.