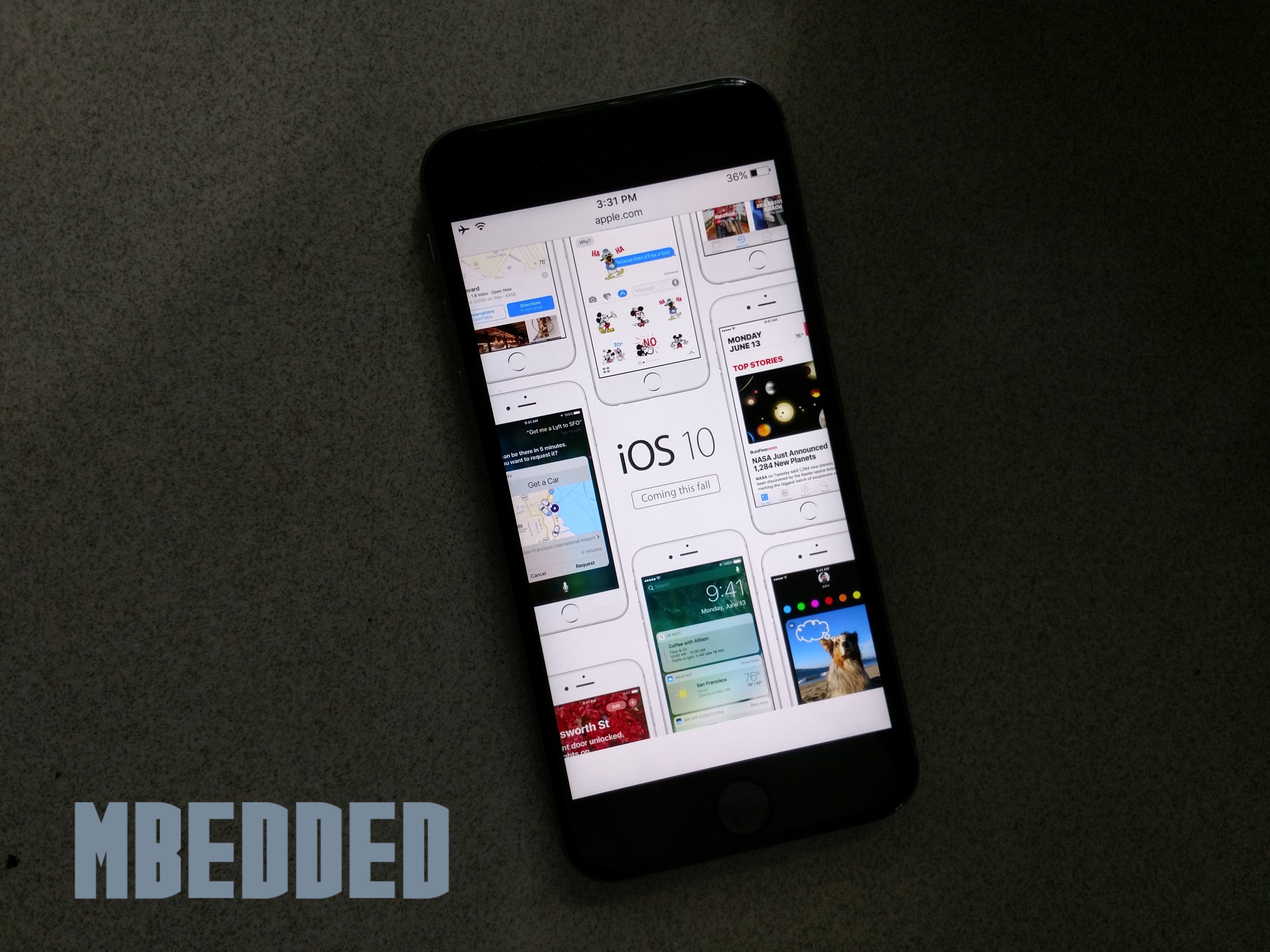 Just four days after the sixth and fifth developer and public builds came out, Apple today released the seventh developer beta of iOS 10 alongside the sixth public beta to public beta testers. This comes as betas of the software update begin to roll out more frequently than ever, leading to speculation that we’re not far away from the GM release of the future OS upgrade for the iPhone, iPad, and iPod touch.

The relatively small size of beta seven of iOS 10 leads to the conclusion that bug fixes and stability improvements are probably the only thing new in this build. Weighing in at just 60.5MB, this updated build probably won’t include anything user-facing or different from beta six.

Already found in previous builds of iOS 10 is a new lock screen UI complete with a dedicated widgets panel, an all new Messages app, lots of improvements to Photos such as facial recognition and Memories for you to revisit past events, a Siri SDK alongside some slight tweaks to the personal assistant, an updated Maps app, an overhaul News and Apple Music app alongside the addition of lyrics in the latter, an official Home app to control smart home devices enabled with HomeKit integration, a much improved Phone app, universal clipboard, and much more.

To install beta 7 of iOS 10 (or beta 6 if you’re on the public beta program), head over to Settings > General > Software Update on your registered iOS device and tap “Download” when you see the option to install the latest build. You’ll then need to sit and wait for the update to install on your device, however that should be a relatively quick process as the update is, like I said, only 60.5MB in size.

Chances are we may see one more beta of iOS 10, however that’d be it since we’re drawing closer to the month of September. This is usually the time when Apple releases the GM seed of their OS upgrades, so look out for that in the very near future.

You can learn more about iOS 10 here.