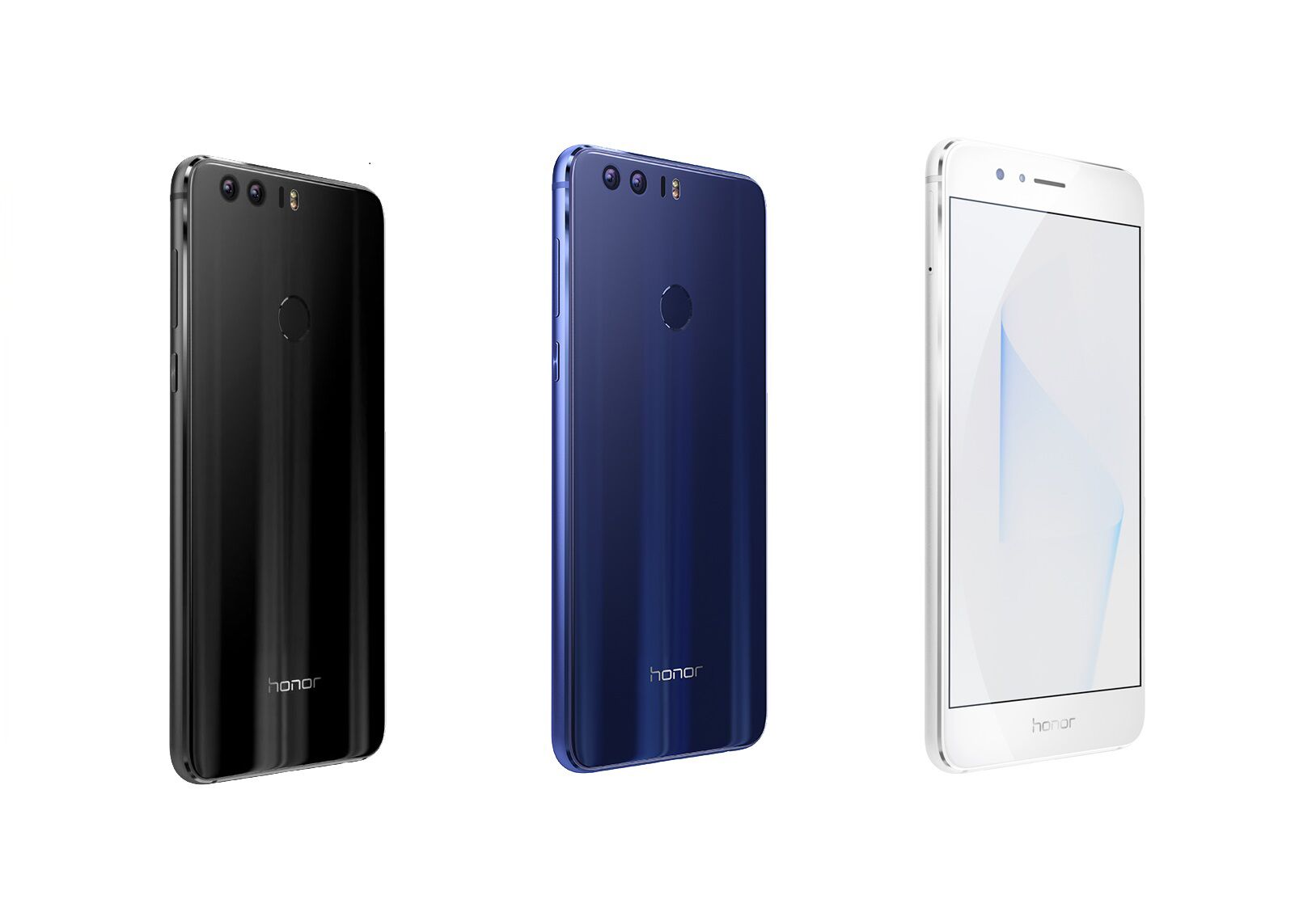 At a press event last night, Honor (owned by Huawei) announced that their previously China-exclusive smartphone – the Honor 8 – will be coming to the US for resale at various retail outlets online. This news comes over a month after the device was initially unveiled.

If you recall, the Honor 8 features an all-glass body, 5.2-inch 1080p IPS display, an octa-core Kirin 950 processor paired with a Mali T880 GPU, 4GB of RAM, up to 64GB of internal storage which is expandable up to an extra 128GB thanks to microSD card support, a fingerprint sensor, a smart key mounted to the back for quick access to your favorite apps or frequently used shortcuts, an IR blaster, NFC capabilities, Android 6.0 Marshmallow with Honor’s EMUI 4.1, and a 3000mAh battery which, in theory, should get you through a full days worth of use.

Camera wise, a 12MP shooter can be found on the rear, however it’s no ordinary camera system. Honor has built-in a dual-sensor setup on the back of the Honor 8 which they say can capture more light than ordinary shooters with just one sensor. You also should be able to get more vivid colors from your photos alongside a snappier experience when taking photos (no pun intended, by the way). This will obviously need further analysis via real world experience, however it seems promising.

All in all, the Honor 8 delivers a good package with the right kind of specs to justify its price. For just $399.99, the handset will be sold through Amazon, Best Buy, B&H, HiHonor.com, and Newegg with 32GB. For an additional $50 (making the total price $449.99), you can grab the handset with double the storage (64GB). I recommend the upgraded option, but that’s just my opinion. Color options include Sapphire Blue, Pearl White, and Midnight Black, while a $50 gift card will be offered for those of you who choose to preorder the Honor 8 in the US.

This is the second handset to ever reach the US by ways of Honor. Last year, the company released the Honor 5X which marked their first smartphone to ever launch officially in the States. With a growing demand for less expensive handsets without the sacrifice of good specs and build quality, expect more Chinese companies like this to start launching more devices in the USA soon.