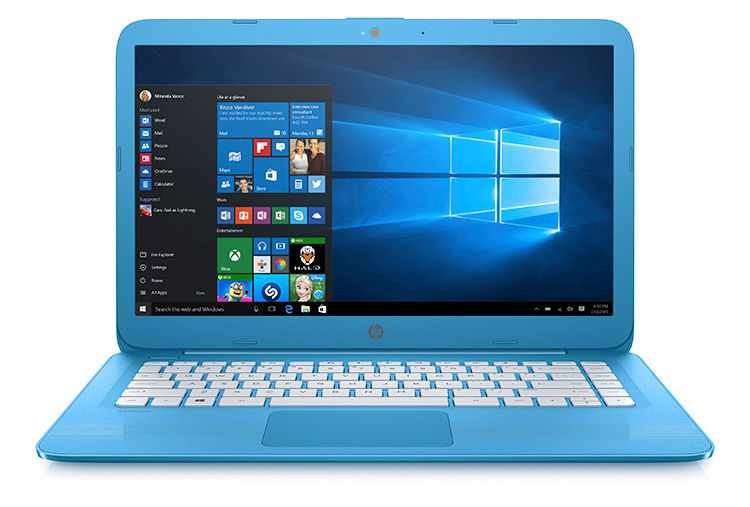 HP’s ever-growing family of laptops has today received a new member with the addition of the 14-inch Stream notebook. Older members, including the 11.6-inch Stream and Stream x360, have been given upgrades in the specs department to make them more up-to-par with HP’s latest offering. 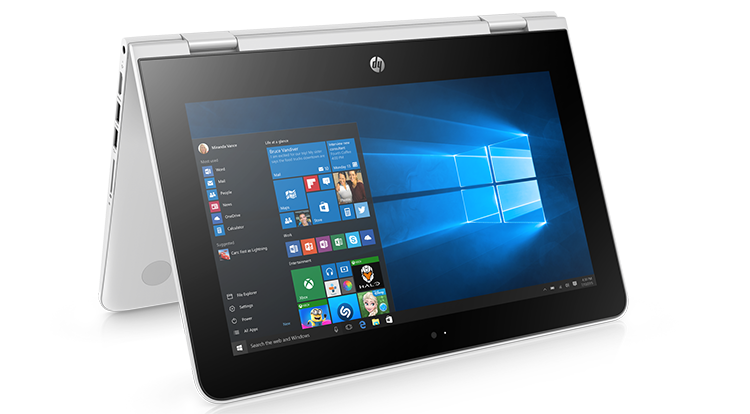 Not much is different between the old and new versions of the Stream lineup, however all three of the laptops mentioned above have received the following internals.

If you recall, the old versions of the 11.6-inch Stream laptops included an Intel Celeron N3050 which was released back in 2014. Since the N3060 was released just this year, it’s safe to say that this new chipset is up to date.

Right now, I feel like we need to address the elephant in the room: that storage amount. What the heck can you do with 32GB of storage on a Windows 10 PC? Well, obviously not much, but with their new approach, HP hopes that you’ll be using the cloud a bit more.

See, the reason why these specs aren’t as great as they could be is due to HP’s new cloud-focused approach to their Stream lineup. They’ve realized that many people store almost all their data in the cloud for ease of access later and are “more concerned about the strength of the web connection rather than the power of the processor”, hence the low-end chipset found in these PCs. By now including 802.11ac Wi-Fi support in the Stream lineup, HP believes that this is the correct path to follow for the budget-friendly laptops they offer as these computers tend to go on the web more than any other application available.

Pricing wise, HP will be charging $199 for the Stream 11.6-inch model when it’s released at the end of this month, while the 14-inch model of the laptop will retail for $219 starting September 7th. However, it’s unclear how much the upgraded Stream x360 will cost. We’ll update this post if we gain that information.

You can learn more about HP’s new Stream family via the blog post below.

Years ago, an announcement about a new line of personal computers would highlight the robust processing power, increased memory, greater storage space and many of the other upgrades that would inevitably lead to a hefty sticker price. Back then, a new PC needed more oomph, what with all of the individual specialty programs that users would install to perform basic tasks – and users paid for it.

Today, the world of computing is different. Sure, some people still need that increased power – but a growing number of customers are relying mostly on cloud-based applications, such as social media sites, online storage and web-based programs. They store their photos on the web, not on their hard drives, and they’re more concerned about the strength of the web connection rather than the power of the processor.

Oh, and they’re not interested in breaking the bank for a new PC, either.

Understanding what’s important to this growing set of users, HP has revamped its line of Windows-based Stream PCs to provide more of what customers want – stronger Wi-Fi antenna technology to make sure connections have greater reach and fewer hiccups, a few extra hours of battery life, lighter weight and a thinner form factor. HP has even dropped the price of select models to make a Stream PC even more affordable.

“We’ve enjoyed positive feedback about the HP Stream family, which for many consumers is exactly what they need to access content and services in the cloud from wherever they are,” said Kevin Frost, vice president and general manager, Consumer Personal Systems at HP. “We’ve continued to raise the bar on this popular cloud-based notebook to make it even more portable, more attractive and affordable for customers.”

The updated portfolio now includes an updated 11.6-inch diagonal and a new 14-inch diagonal Stream notebooks, as well as an 11.6-inch diagonal HP Stream x360, which flexes into four positions and can be used in laptop mode (for working), standing mode (for entertainment), tablet mode (for on-the-go) and tent mode (for sharing). Recognizing that customization is also important to many consumers who are enticed by the Stream’s specs and price tag, the new PCs now come in four new vibrant color options.

It’s no wonder that, earlier this year, CNET gave a nod to the Stream PC’s “divine design” and liked that it was affordable but full-featured enough for everyday tasks, making them “perfect for Facebooking, Netflixing and streaming audio … as well as full apps such as Photoshop and Microsoft Word, not their browser-based equivalents.”

Since the release of the first Stream PCs two years ago, HP engineers have been pushing the boundaries of what the HP Stream can do.

The Stream notebooks have also been redesigned for users who want an affordable, thin, stylish and light portable computer that doesn’t skimp on features. In select regions, the notebooks are offered in an array of vibrant colors – including Aqua Blue, Violet Purple and Snow White for the Stream 11 and 14, and Jet Black as the fourth color option for the x360 – that allow users to highlight their personalities.

Likewise, some models also come with advanced displays – such as an HD touch-enabled display and HD WLED-backlit display with an antiglare screen – so that users can latest video technology, where available. The x360 also allows users to rotate their display a full 360 degrees to convert in to four different positions, which is great for collaboration, screen sharing and presentations.

Source: HP via The Verge